L is for Letting Your Characters Listen #AtoZChallenge

The #AtoZChallenge 2017 Theme at Operation Awesome is the Publishing Journey.

Today we have guest poster Brandon Ho on Operation Awesome, writing about why you should Let your characters Listen when writing dialogue.
**********

When I was a senior in high school, I started attending a local college. My first class was a history course, and the professor started talking about the advances scientists were making in the time with limited resources. It sparked a memory of something I learned about how someone measured the circumference of the world by placing sticks in the ground and measuring their shadows from the sun, all this before the world is flat even became a thing... I think. Could this have been during the time that my professor was talking about? I raised my hand and posed my question. I could immediately tell something was off with the quiet, blank stares I felt from everyone in the room. The person next to me whispered, "Dude, he just said that." This was my older brother, by the way. "Weren't you listening?" I tried to sink into my chair and disappear for the rest of the class. I made a mistake: I didn't listen.

This is something that I think we all do on some form or another; we'll zone out, or we'll listen only to know when to insert our response rather than hearing what they have to say. And I bring this up because I feel like a mistake we make in writing is not allowing our characters to listen.

We have that cool line that we want them to say, the plot point that needs to go forward, or maybe a deep harbored outburst that we always wanted to say out loud to somebody. The lines may or may not be bad unto themselves. But when we allow our character to disregard the dialogue, situation, or surroundings, we weaken the impact of their dialogue.

Michael Caine shared what he thought was the greatest advice to give to actors: "to listen and react." This is important because as an actor if you don't really listen to what the other people are saying, pay attention to what they're doing, and react to these two things, then the performances feel hollow, false, and contrived. The same thing happens when you allow this to happen to your protagonist, or even the characters the protagonist has to interact with.


Listen to your Characters

I feel like our modern day has pushed us in a climate to villify the other; social media is filled with memes designed for "gotcha" moments and pointed remarks that tear down others and make them look dumb. When we tell our stories, we can't do that. You need to understand your heroes as well as your villains, or your smaller roles. As Brandon Sanderson always says, "Everyone is a hero in their own story." Meaning that the villains should be able to articulate clearly why they do what they do and believe them; so should the side characters, or those who hold opinions you may not agree with. As you listen to these characters, their reasons and justifications for what they do, and allow them to actively engage within your stories, you'll find them to be further enriched and heightened as your protagonist struggles to achieve his/her goals.

Listen in your life

That being said, pay attention to how people speak, act, or react in life. If you ever need a source of inspiration, you can see it in the way they pull their hair in a ponytail with their hand as they drink from the water fountain, touch someone's shoulder to show they're interested, or look away from the person speaking when they're no longer interested in the conversation. 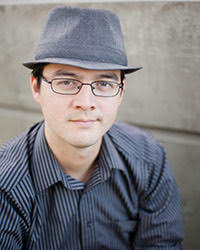