Two Easy-to-use Tools the will Dramatically Improve Your Dialogue

Have you considered dialogue tags lately?

I've been editing a piece I wrote almost five years ago. At the time, I'd only been writing for a couple of years, so I had a lot to learn (I still have a lot to learn and I've been at it for seven years). One of my rookie mistakes was too many dialogue tags. As I edit, I'm cutting about 90% of them. 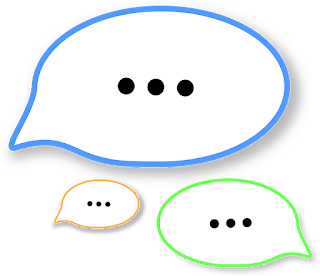 Dialogue adds life and movement to your story, but right smack in the midst of great conversations are these little bits of telling rather than showing--the dialogue tag. The I-said, she-said, he-asked that all of us must inevitably include in our stories.

They may be inevitable, but I argue that they are grossly overused. While we don't want the reader confused, wondering who said what, there are better ways to convey who is speaking.

1.  Stage action--show us what the speaker is doing rather than telling us that she's saying it. This adds context to her speech and interest for the reader.

Clare started the car and rolled down the window. "Don't you dare think you you're going to get away with this."

Willis pulled the butcher knife from the drawer and sliced into the onion. "I don't appreciate your tone."

In both cases above, we know who is speaking because it's the person who is doing the action.

2. Body language--they say body language conveys more than words, so use it in your writing. Show us the emotion and meaning behind the dialogue. The same piece of dialogue can take on new meaning through the use of body language.

Loretta hooked her hand on her hip. "I'm ready to go."

Again, we have a clear sense of who said what, but the dialogue is enriched by the emotion and meaning that the body language conveys.

There are places where dialogue tags will be needed. You won't be able to get rid of all of them, but like the dreaded adverb, use them sparingly and only when absolutely necessary.

Melinda Marshall Friesen writes sci-fi and urban fantasy for teens and adults from her home in the great white north.