H is for Having Goals #AtoZChallenge

It's been more than a month since I wrote my first post for Operation Awesome!

This is important to note simply because that first post was about my writing goal for the year: to garner 100 rejections in 2018.

At the time, I had received three (3) rejections.

This is not, as one may be inclined to hopefully assume, because everything I've submitted has been accepted. Ha! I really wish. I've also only gotten about four acceptances for articles and one poem.

The reason my rejection rate is so low is simple: I haven't been submitting. I haven't been pitching. I for sure haven't been querying! No one has had any reason to reject me, therefore, I have not been rejected.

This is not a win, my friends. I know that for me at least there can be this idea that if I'm not being rejected, that's a win, but the truth is, in this industry? It goes nothing < rejection < acceptance.

In other words, if you're not getting rejected it means you're not trying. [And by "rejection," yes, I know so often publishers and editors don't send actual rejections, so 100 percent, if someone ignores you, that's a rejection and it counts.]

There's a lot of reasons for why I haven't been writing, pitching, and getting rejected as much as I'd wanted to. For one, there's the fact that life never turns out the way I plan it in my calendar. Every night, I go ahead and schedule "to-dos" for the next day, giving myself 30-minute blocks of time to work on a task, and then 10 minutes in-between tasks. On paper, I can be super productive. In reality, I sleep in, spend too much time on Twitter, don't feel like completing a certain task, watching "Friends" instead... I am human, and I cannot be productive 100 percent of the time.

I'm learning that that's okay! So I've scheduled in break times! Ha, yes, I literally put "watch Friends" or "watch YouTube videos" on my schedule. It makes me feel good.

Of course, the biggest reason ties into my post last week: I've had a bad year for mental health. It's been insanely rough. I haven't sat down to draft my novel in almost two months. I've barely written a word of an essay. It's all I can do to manage these weekly posts. Which, I'm super glad I have to do, because writing is how I survive.

I have a goal. Having a goal is the first step! I'm halfway there. It's just that the step from "having" a goal to "acting upon" said goal and then finally "achieving" your goal is yawningly wide.

I'm hoping that being open and public about what I want and how I'm struggling to achieve it will help. You know, public accountability and all that.

Hopefully by this time next week, I'll have a new rejection to chat about, or at least will be able to rave about all the work I got done. <3 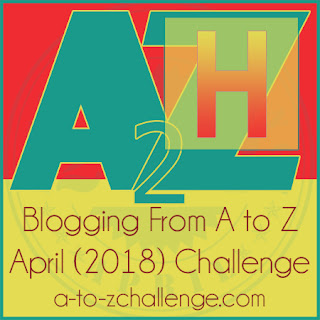 Posted by Karis Rogerson at 7:45 AM