Q is for Questions about Main Plotline: Synopsis Critique #18: YA Fantasy #AtoZChallenge

And now, it's time for this week's synopsis critique! The author of GUNSLINGER WITCH, a YA Fantasy novel, submitted this synopsis. My in-line comments are [blue and in brackets], and I'll include a summary at the end. Feel free to comment below!

If you'd like a primer on how to write a synopsis, see my posts here and here. And if you want your synopsis critiqued on this website, fill out the form here, or email your 1-2 page synopsis to me at operationawesome6@gmail.com. (NOTE: I'll email my critique to the author as soon as I'm done, so the author won't have to wait to see his/her synopsis on the site). Thanks for participating!

Four young women of color in an alternate Post-Civil War world struggle against a common enemy to learn why they are taking magicians known as Songstresses, whose voices are their power. [1]

STAGECOACH MARY FIELDS: At seventeen, Mary [2] has experienced more than most adults. A hard-drinking, cigar-smoking frontier woman, she is comfortable in her own skin. Fast with a pistol and fierce with her power as an Earth Shaker, [3] Mary has earned the trust and admiration of Mother Amadeus Dunne. [4] It is because of this faith that Mother Amadeus calls on Mary to help locate a missing Blackfoot girl, Minaku.[5]

ISABELLA LEEFORD: Daughter of a wealthy merchant, Isabella is a Straw Master, someone who can manipulate individuals by ensnaring them in strings of light formed by her own power. [6]

EMMA PORTER: Sister of a famous songstress, a vicious assault breaks the dubious peace within her household. Her father's pride and her mother's machinations will be only the first step in tearing them apart. [7]

GINNY CHAMP: An orphan runaway, Ginny has no illusions about the evil in the world. Content with her life and strong in her talent as a Wood Worker, the wrong people notice her who want to covet her power. [8]

Mary’s investigation takes her to Edai. Once there, she learns of the Bone Workers. Practitioners of a vile magic, [9] the government exiled them seventy years ago. To return home, they are kidnapping Songstresses. [10] Isabella’s sister is among them. They continue the search together using Isabella’s connections. [11]

By chance, Mary meets Emma and learns that she befriended Ginny after the Bone Workers kill her father. Ginny seeks revenge and Emma fears for her friend’s life. Mary agrees to help Ginny. A faction of Bone Workers who refuse to use violence kidnaps Ginny to keep her from the other Workers. With this group and a new friend, Ginny is convinced that they are just and becomes a trusted part of their group. Ginny reunites with Emma only to find they must leave Emma’s home. Emma’s sister tasks Mary with protecting her.

Mary and Emma locate a lieutenant within the Bone Worker rank as he plans to silence all Songstresses with magic as a first strike. It succeeds, but Mary, Isabella, and Ginny join the fight after receiving intelligence from Ginny’s group that the Bone Workers plan to attack again. Their base of operations is a series of catacombs underneath an ancient graveyard. There they meet the true leader of the Bone Workers who implies that this strike only the first of many plans to topple the government. After they drive the Bone Workers away, Mary returns home with Minaku with the promise to come back to Edai and continue the fight. [12]

[1]: I would rephrase this sentence to make it a little clearer. How about: ‘In an alternate post-Civil War world, four young women of color struggle against a common enemy that is taking magicians, known as Songstresses, whose voices are their power.’
[2]: I would also rephrase the beginnings of each of these paragraphs so it’s less like a cast list and more like a narrative. For example, ‘At seventeen, STAGECOACH MARY FIELDS has experienced more than most adults.’
[3]: What is an earthshaker?
[4]: Who is Mother Amadeus? Why is she significant to the plot?
[5]: Is Minaku a Songstress?
[6]: Same comment here re rephrasing it so it reads like a narrative. Remember, you need to not only introduce the characters, you need to detail the major plot points. So far, you’re just giving us the former.
[7] Same comment as [6].
[8] Same comment as [6].
[9] What is this evil magic? Add some detail here.
[10] Why do they need the Songstresses? Add some detail here.
[11] Do the four girls already know each other, or do they meet during the investigation? It’s worth giving us this bit of back story so the rest of the plot has this foundation.
[12] This seems like an abrupt ending. How did Mary find Minaku? Is that the main goal of the plot, or is it stopping the Bone Workers?

This sounds like a neat idea with a really interesting setting, but this synopsis needs a lot more plot. As it reads, it’s unclear why the Bone Workers need/want the Songstresses, which of these characters are Songstresses (Minaku? Emma’s sister? Others?), what a Songstress actually is, and how Mary finds Minaku. Take a step back – identify your main plotline, with all the significant steps therein. Is the main plot Mary’s finding Minaku, or is it the four girls banding together to stop the Bone Workers? Either way, focus your synopsis on each step of this main plot. It sounds like you’ve got all this detail in the book; you just need to spend some time tracing the main plotline so you can clarify it for the reader in the synopsis.

Best of luck with this!


Operation Awesome's #AtoZChallenge theme for 2018 is...


OA to Z! We'll be correlating our usual posts with the challenge letters, plus, each weekend, you'll get a chance to get to know one of our bloggers better. 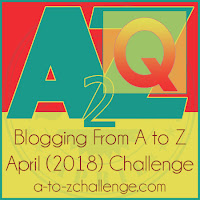