B is for Besting Bipolar Blues #AtoZChallenge

Oy, what a weekend.

Hey, y'all, and welcome to April! It's snowing here in New York. What a world we live in. Because it's April, here at OA we're participating in the #AtoZChallenge, where each day we post on a theme relating to a certain letter of the alphabet!

Now that the intro is out of the way, I'm here to talk about, you guessed it, mental illness and writing. The title is about "besting" the blues of bipolar disorder, which it's a good possibility I have but no doctor has ever fully diagnosed me and stuck with it (long story), but really this post is an exploration of how to do that.

Because I'll be honest with y'all: I haven't done such a great job at besting bipolar blues lately. I've sunk into and embraced them. I have barely written, except to work on two pieces related to THE ASTONISHING COLOR OF AFTER, which is a moving book about grief that's tearing me apart.

As for my novel, or poems, or the essays I'm trying to submit for my 100 Rejection Challenge? Nah, brah. Haven't touched them in ages.

It's 100 percent because I've sunk into a terrible depressive episode. So bad, that this weekend I walked around midtown Manhattan in such a funk I didn't even have the energy to pick my feet up. I literally dragged them after me. I won't go into all the gory details of my state, but rest assured, it isn't great.

And I've had a hard time beating it back in order to be productive. Which sucks, because one of the things I was going to write about for OA was how to write with depression. And here I am, abjectly failing at writing through depression.

Except maybe I need to reevaluate failure. See, all this time I've thought of failure as any inability to produce. I've thought success was being active, productive, and seeing results from my work.

But maybe failure isn't as all-consuming and omnipresent as I've thought all these years. I'm so quick to jump on anything as a "failure," but maybe the only failure is the absence of existence.

And I'm still writing something. This blog post is a thing. The article I have coming out tomorrow is a written thing. The ones I'm writing about THE ASTONISHING COLOR OF AFTER, as depressing and morbid as they may be, are written things.

People always say success looks differently than you expect. But maybe failure does, too.

Maybe the only way to fail is to fully give up. And I haven't done that yet. So, in a way...I am besting my bipolar blues. 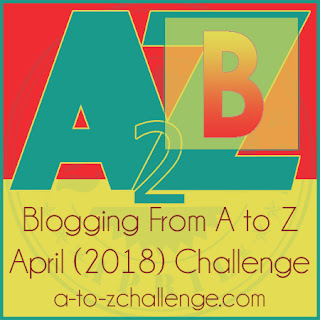 Posted by Karis Rogerson at 9:13 AM