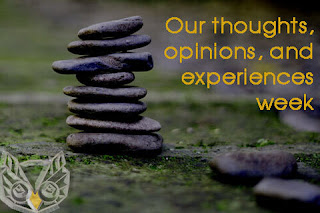 This week, the team is talking about where we get our ideas.

Fractions of Existence  -- This book is an updated, urban fantasy version of a very old myth that was passed on to me. It struck me that the main characters of the legend would still be around now. So why aren't they doing things? What if something happened to one of them, which impacted all of them and perhaps even caused some of what is going on in our world over the last century? And thus, the series begins.

Preparing to Write Settings That Feel Like Characters  -- For this writer's reference book, I was scrolling through the #MSWL (manuscript wishlist, a hashtag on Twitter for literary agents to post what they're looking for). A handful of agents were looking for novels where the setting was a character. On the backside of the conversation, there were a bunch of writers trying to figure out what this meant and how to do it. Since I knew the answer, I whipped up a book about it. This was also used as a blog series during the A to Z Challenge on my (former) blog.

Writing Book Reviews As An Author: Inspiration To Make It Easier  -- In this case, I encountered a conversation online where other published authors were fretting because they wanted to write book reviews, but felt it was overwhelming because they were published too. So I took my formula and made a reference book. This was also used as a series on my blog for the A to Z Challenge.

Lumber Of The Kuweakunks This one was a mix of a story idea and a mystery prompt. It's short, which is why I have it on Smashwords only, as "set your own price."
🌳 I really love trees.

My favorite places to get writing ideas:
Inspiration can come from anywhere. Always keep something handy on which to scribble notes and ideas. You never know when the Muse will be waiting for you, but you should learn that you have to show up ready if you hope for such a visit.
Children have to leave lists and milk & cookies for Santa. 🧒📃🥛🍪 = 🎅
Writers have to regularly show up ready to work for the Muse to come. 👤💻📓🖉✍ = 🔆💡
Posted by J Lenni Dorner at 12:00 AM