Our Thoughts, Opinions, and Experiences on #NaNoWriMo 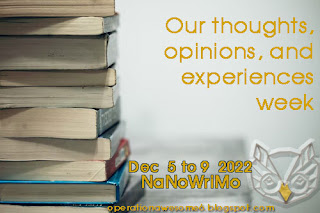 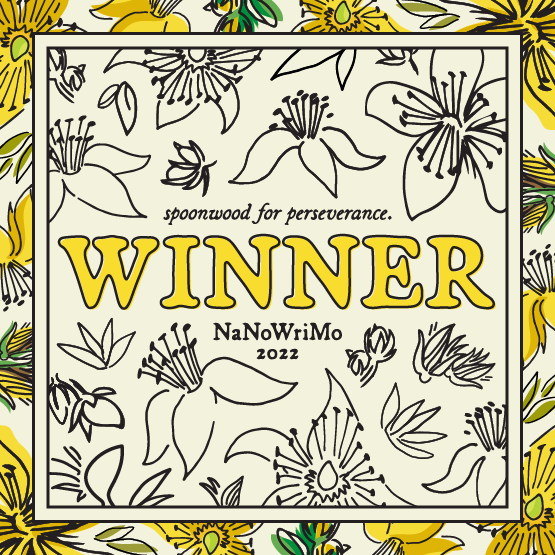 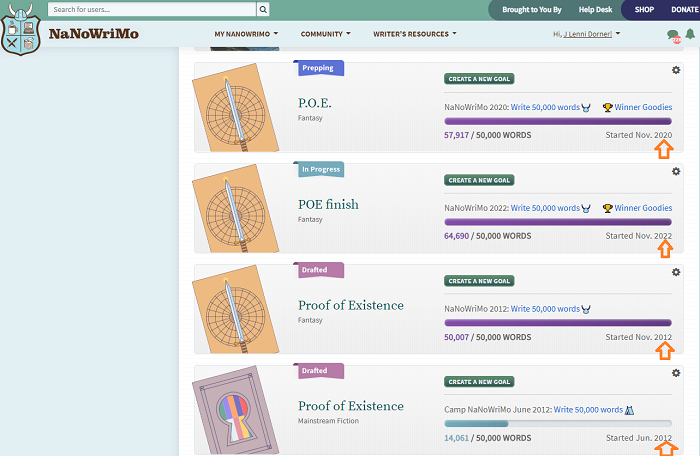 I used NaNoWriMo to write my first published novel, Fractions of Existence. Then, starting in 2012, I used it again to write the next book in the series, Proof of Existence. Except I ended up writing a lot of goobiltygook. That can happen when focused more on trying to "win" NaNoWriMo than on producing quality writing. Entire scenes were later scrapped. The junk file is almost as big as the final draft file. A lot of it actually belongs in book three. (Heath kept wanting more scenes focused on him! Characters can be so stubborn.)
The opening was especially problematic. I tried to fix it one way and failed. Then another, made it worse. Then I realized what I needed was for one character to react to what was wrong, and another character (who wasn't in that part) to show up and have a solution. That made the next scene easier to edit. And then the next, and the next... and suddenly I knew what had to happen! So my NaNoWriMo experience this year was VERY productive. I'm spending December finishing up this book.

It picks up where the first book left off. It is still an urban fantasy, though there is a bit more focus on the paranormal romance angle in this one. The main characters pass for the 18–29 age bracket, so it's still New Adult. (Though college is no longer one of Wend's primary concerns. She has something entirely different to learn now.) I hope to get a launch party going. If you are interested in being part of that, please fill out this short form:

So, can participation in NaNoWriMo really result in completing a novel?
At 50k or less, a fictional story is a novella by most standards. (There are actually smaller classifications as well.)
A 50,000 to 90,000-word novel is about right for a young adult or romance.
Whereas 80k to 150k is the suggested length for SFF/ Speculative Fiction (Historical, SciFi, Fantasy, Horror, "Punks", etc), Thrillers, Mysteries, and Crime.
Meaning that most novels require more than the 50k winning amount suggested by NaNoWriMo. That's because the goal isn't just to write the words. It's to create a routine. Part of the point of NaNoWriMo is to spend a month saying that you can't do this or that, because you have to hit a writing goal. It is making writing your priority. 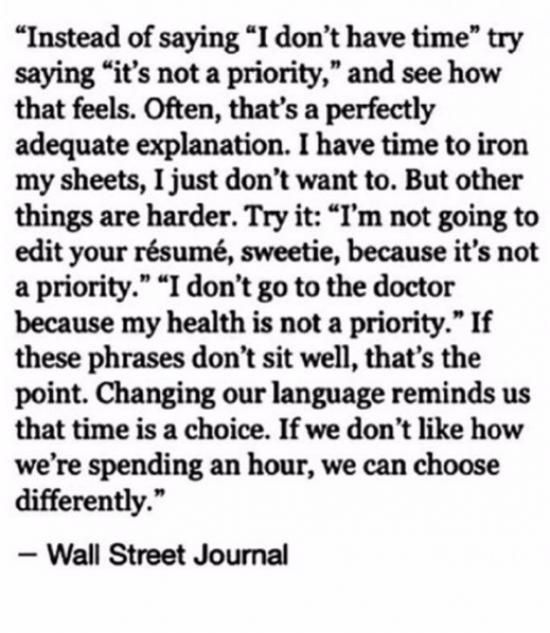