Welcome to the first of our new WEDNESDAY DEBUT INTERVIEWS! 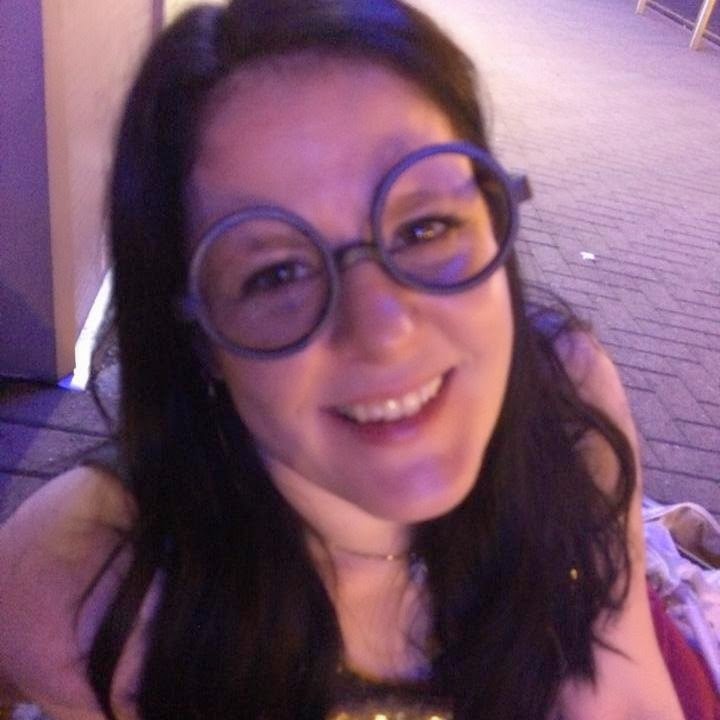 First off, tell us a bit about yourself!
Hi! I always find this the worst part so I’ll stick with the basics. As you know, I’m a writer. I spend the majority of time tapping away at the keyboard, working on one of my manuscripts. I’m also a firm believer in helping all writers achieve their goals in any way I can.

Tell us about Fractured Immortal! What makes this story in particular an important one for you to tell?
Fractured Immortal is the first in the series about Ilia Rose, a vampire whose life takes an unexpected turn when she returns home. I had written stories before, largely unfinished, but this tale wouldn’t leave me alone therefore I had to write it! Ilia faces many problems. Aside from the cruel vampire who is intent on making everyone’s live miserable, Ilia also has to deal with her ex, Kyle and a mysterious vampire (Nathaniel) who seems to show up whenever Ilia needs him most. Peculiar still, Nathaniel is affiliated with Sol yet he seems determined to protect her.

How long has this process taken for you, from the time that you began the first draft of this book until the date of its publication?
Fractured Immortal took a long time. From writing the first word, until release it took almost a year with many rewrites and a lot of cutting. At one point it was made up of multiple points of view, including Lucas and Kyle, however there were too many so I cut it to Ilia only. I also started writing it in third person omniscient but changed it as I couldn’t quite connect with Ilia that way and if a writer can’t connect with their own character, there’s no chance the awesome readers will.

What is your favorite part of the writing process? Your least favorite?
My favorite process is the final polishing. This is the part where I read it over and over again from start to finish on my kindle. At this point it would’ve already been to the editor but I like to read it as much as possible to try to catch any small errors.

My least favorite part is the first redraft. Ugh, so much to do in that one although it can provide laughs at times when I come across some of the ridiculous mistakes I’ve made.

Every writer experiences some rejection and setbacks along the way. How did you learn to cope with them and move on?
Well, I only queried Fractured Immortal once and that was way back when it contained multiple POVs and, quite frankly, was a mess. Obviously, I got rejected but in a nice way. All I can say is, rejections are part of the process, don’t take them personally and move on from them quickly.

How did you decide on self-publishing? What makes it a good fit for you and your book?
When I first began writing Fractured Immortal, I intended to self-publish. I did a lot of research, and so should everyone considering each route. It was only when I took part in Pitch Wars (an online slush competition) that I became a little more interested in the traditional route. I mulled it over for quite some time, wavering between the two but eventually settled back on self.

It appeals to me because I have complete control over every aspect of my book from the content to the sales. Of course, marketing can be tricky, after all, I want my book to sell, but whether traditionally or self-publishing, marketing is something we all have to contend with. In addition to this, the simple fact with a book such as mine, is that agents don’t particularly want them. Therefore self-publishing seemed the obvious choice.

Did you face any other unique challenges in getting your work published?
No. I was incredibly lucky to have a team of incredible people behind me. From critique partners to beta readers and a talented cover designer, I was well looked after.

What have you been doing to get your book ready for others to read?
In the run up to the release, I just read and reread Fractured Immortal as much as possible. I also had a very talented writer, Nancy Griffis, reading it again only days before release to make sure it was as ready as it could be. I also arranged a book tour, with many friends being kind enough to allow me to hijack their blogs for the day, and I contacted reviewers. It was a crazy couple of weeks but so very worth it.

Tell us about your book cover. Who designed it? How do you feel about how it reflects your story?
I love my cover and many have commented on how much they like it. For anyone who reads the book, the message behind the cover becomes very clear as it’s symbolic to the story. The designer, betibup, does it as a hobby, therefore it was reasonably priced. Honestly, I won’t use anyone else now.

Tell us about your title. Was this the original title you'd had in mind? If not, what made you change it?
The original title was The Blood that Binds however, once I began to write it, elements of the title popped up within the book. When I gave it some thought, I realized that Fractured Immortal seemed a perfect choice because of who and what Ilia is.

What's next for you after this debut? What are your plans for the future of your writing?
I’m working on book two at the moment, but aside from that, I am also writing a New Adult Dystopian called Evangeline. I’m really excited about it and I can’t wait to finish it but Finding Immortal takes priority at the moment. I will continue to write for as long as there are stories in my head asking to be told, and I have another idea rattling around in my brain – another NA Paranormal.

How does it feel to finally have your book out in the hands of readers? Do you have any events planned you want people to know about?
Ah, the feels! Incredible and scary. You can’t brush aside the concerns that people won’t like it. You’ll have people say that’s the way it goes and that’s true, but I can’t say that I wouldn’t be upset about that. The trick is the dealing with it. Take a deep breath, know it’s never going to appeal to everyone, and move on.

I will be running some giveaways in January on Goodreads once the paperback comes out and more promotions still to come late February/March in time for the release of Finding Immortal.

Is there any other advice you'd like to pass on to others pursuing publication? Any mistakes you've made that other writers might be able to learn from?
It takes longer than a month to write a book. If it were a case of sitting down at the computer and tapping furiously until finished – everyone would be doing it. There are several stages to the process and completing these stages takes months. From redrafting to beta reading to redrafting again, editing, cutting and everything in between, know that it’s going to take a considerable length of time.

My mistake was thinking that it was ready when it wasn’t. As I mentioned, I sent out a query regarding Fractured Immortal way before it was anywhere near ready. Also, if you can, find yourself some critique partners that will go through your manuscript line by line, they are worth their weight in gold.

And, just for fun, what famous person or celebrity do you think would enjoy your book? Why?
This one is an easy one because I read a comment saying that Christina Perri likes paranormal romance. I hope she would enjoy Fractured Immortal.

Thanks for joining us, and congratulations on your debut!

Buy Fractured Immortal now at Amazon.com!
Posted by Unknown at 12:30 AM