Are you familiar with method acting? Ever applied this vein of thought to your character development while writing? 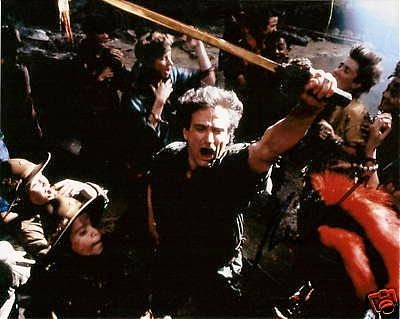 It's the use of sensory techniques to get into character. Things like drawing on personal emotions and memories, and what's called affective memory. Emotional recall and sense memory use the act of recalling physical sensations surrounding events to apply it to your character's reaction and make your scene real and character believable.

I don't know about you, but since I began actively learning craft, I also began taking mental note of body reactions and facial expressions during certain high intensity moments so that I can use them later while writing. As for the sense memory, friends and family have probably wondered why I stare at them as though I'm studying their every move while in the middle of an emotional conversation. I want to remember how someone looked, sounded, felt, etc. when tension is high.

All for the writer's toolbox.

There's another method I use to stay in character while writing, and this I use mainly when writing first person. I have to be that character while narrating. Think like them, act like them, breathe like them. It's no secret around my house that my lingo changes depending on the story I'm telling. So does what I listen to, what I watch, etc.

Much like method acting, I import the character into my very being so that I can stay in that character's frame of mind while telling the story. If I don't believe I'm the character while writing, then why would my readers believe the narrator is the character and not the author?

How about you? Do you believe in method writing? Do you have any tricks of the trade to stay in character or help develop them in order to tell their story? How do you think writing in third person is different?
Posted by PK HREZO at 12:01 AM