Our power went out this morning and one of my first thoughts was that I needed to shut down my computer before the battery backup died. Do you have a battery backup? No? Let me tell you why it's worth the investment.

First, power outages happen all the time and there's no way to know how an outage might affect your computer until after the fact. Plus, if you're actually working on something when the outage happens, everything you've been working might just disappear forever.

Second, freak things happen sometimes. Several years ago when we lived in the middle of the Arizona desert--a winding, bumpy dirt road made it impossible to get in or out during heavy rain; surrounded by undeveloped land; so many desert critters--we had a little lightning storm. This was not uncommon. An Arizona thunder and lightning storm can be a pretty spectacular thing to watch. It's one of the things I miss most about living there.

Anyway, it was early morning and we were trying to get going for the day. The rain had started to come down pretty hard and I was worried about making it through the mud bog to the end of our street so the kids could catch the bus. Concerns about lightning hadn't entered my mind.

But then the power went out preceded by a loud bang at one end of the house. I'm not talking like a toddler hitting a pan with a metal utensil loud, more like a car slamming into the roof of our house loud. At that point, I started to get just a little concerned about the lightning.

My husband and I ran outside to see where it had struck, but there was no damage to the house. In fact, we looked everywhere at that end of the house, inside and out, and couldn't find any damage. But there was this smell, like burnt metal. When I realized where the smell was coming from, I almost started crying.

Lighting had struck the little power pole in front of our house and gone directly to my computer. By some miracle, despite the motherboard and power supply being fried, I was able to plug my hard drive into another computer and salvage most of the information stored there, including almost a decade's worth of pictures of my kids. 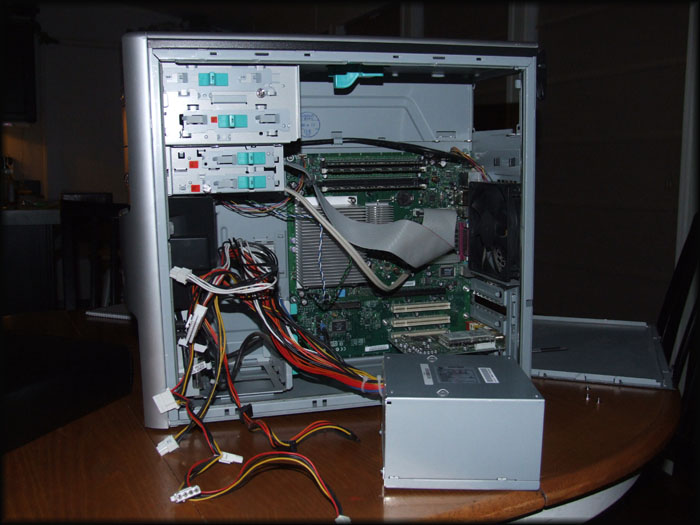 I'm no expert, but the way the tech guy who tested our motherboard explained it, the motherboard and power supply had absorbed most of the power surge before it reached the hard drive. If we'd had a battery backup, it probably would've absorbed most of the power surge and totally fried it, but it would've saved the computer. I know the chances of a lightning strike reaching my computer a second time are probably pretty slim, but now I always have my computer on a battery backup.

I also have an external drive that I hook up and run a full system backup whenever I download pictures from my camera, and I use OneDrive to keep an updated backup of whatever I'm working on at the time. I love that with their desktop app it automatically syncs once a file is saved and closed. There are no extra steps. It's also nice to be able to access my writing from my tablet or phone when I'm out and about.

I use Google Drive as well, though not as much as OneDrive. From my experience, the functionality is similar to OneDrive. And if you have a Google account, you have access to Google Drive, and, like OneDrive, there's an app you can download to your desktop for easy saving.

Evernote is another popular one. I personally don't care for the set up, but that's just a matter of taste. I know someone who thinks it's the greatest thing ever created. The. Greatest. Thing. Ever. So it might be perfect for you. :)

There are several other online backup services out there. If you're not using one, I highly recommend doing some research to find one that works for you.

And don't forget the battery backup. It just might save you some tears. :)

What do you do to preserve your work? Do you have a favorite backup service? Any horror stories of lost work you want to share?
Posted by Abby Annis at 2:05 PM