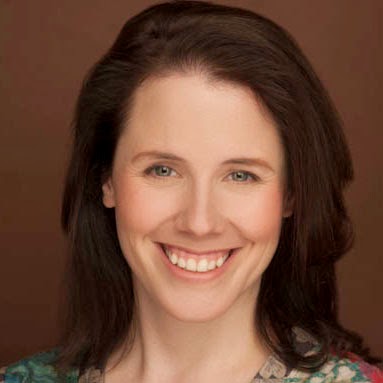 First off, tell us a bit about yourself!
I’ve loved writing and reading since I learned to write and read. There’s nothing better than getting lost in a story, whether it’s my own or someone else’s.


Tell us about HEARTSICK! What's the one thing you love most about it?

I had a lot of fun writing in Quinn’s voice. She’s an artist and I wanted her unique and creative perspective on the world to come through in her descriptions and observations.

How long as this process taken for you, from the time that you began the first draft of this book until the date of its publication?
Technically, I started writing scenes related to this idea in January 2013, however that idea and those characters are pretty far from what HEARTSICK became. Quinn and Luke’s story really started to take root in May 2013. I finished an “agent-ready” draft in October 2013 and signed with an agent in December 2013. Under the expert advice of my wonderful agent, the story underwent a major revision, which took two months. We went on sub in February 2014 and we got an offer on the book in March. It will be published February 16, 2015!


What aspect of writing do you find easiest? Most difficult?
I absolutely adore just “swiping” scenes over and over again until they are just right. I really hate writing that first draft. It’s like pulling teeth—teeth that are perfectly content to just stay snug in the gums—but I need a first draft before I can get to the fun “swiping” part!

Every writer experiences some rejection and setbacks along the way. How did you learn to cope with them and move on?

It sounds a little nutty, but I set up rejection goals. I wish I could take credit for this approach, but I heard it from other writers. I decided I wanted to get 125 rejections in my inbox in 2013. (Not hearing back didn’t count.) As you can imagine, to get 125 rejections, you have to write and submit a lot of short stories and novels. While I didn’t quite get to my goal (I did get over 100!) I closed 2013 with several published short stories and an agent. And every time I got a rejection, I was happy, because I was that much closer to my “goal.”

Tell us about your publisher/editor and how they came to acquire your book. What makes them a good fit for you and your book?
Kerri Buckley at Carina Press acquired my book after my agent pitched it to her. I think she’s the perfect editor for me for many reasons, but mostly because I sometimes get a little too creative with the language I use and she reins me in when I need it while leaving my vision intact. My book is also a big ole’ hodgepodge of genres (a swirl of mystery, speculative suspense, and contemporary romance), and I love that Carina Press embraces those kinds of genre mashups.

Was there anything that surprised you about the publishing process?

Yes, how much work still needed to be done after the book was acquired. I naively thought once it was bought it would just get a bit of a polish before being published. I’m very happy to be wrong. I’m still amazed and supremely grateful for how much work everyone at Carina Press put into my book to make it even stronger.


After signing a contract with a publisher, what comes next for a debut author? What have you been doing in these months between then and now?
I was lucky enough to get a two book deal! So, I spent a lot of time writing that second book. It’s another New Adult book, and it’s about the daughter of a vice presidential candidate and how she copes with the campaign while also going through a bit of a personal crisis. It also has a rather sexy political junkie as the love interest.

I love the cover for HEARTSICK. Can you tell us how it came to be? How much say did you have in it? What do you hope it will tell your readers about your story?

I sent Carina Press a few covers I liked along with a few ideas. They incorporated some of those and I couldn’t be more pleased with it. Sometimes I bring it up on my phone and just stare at it with a goofy smile. I do this much more often than I should admit. But it’s gorgeous!


What about the title? Was HEARTSICK the original title you'd had in mind? If not, what made you change it?
Oh boy, was the title another difficult part of the process. Originally, I named it PATIENT ZERO, but my agent thought that was a little too scifi, which it really was. Don’t get me wrong, the speculative disease is a major part of the story, but there are several other things going on too, and that title just didn’t represent the story very well. So we spent some time thinking up tons of new titles before we went on submission. Finally, we came up with LOVE AND OTHER EPIDEMICS. I thought, yay, we’ve got a new title! But then my publisher didn’t like that title because they didn’t think “epidemics” really brought to mind sexy fun romantic times. And, of course, they’re right about that. So we had another couple rounds of idea swaps.

My agent and I probably thought of over 30 ideas in all. My husband, helpfully, contributed three ideas.

Of course, my publisher picked one of his ideas—HEARTSICK. My husband brags about naming the book to anyone who has ears.


What's next for you after this debut? What are your plans for the future of your writing?
As I said, I have another book coming out with Carina Press. Look for RED BLOODED this summer! I’m also working on two other New Adult projects right now, another speculative suspense and a contemporary romance.


How does it feel to finally have your book out in the hands of readers? Do you have any events planned you want people to know about?
It feels amazing! I don’t have any events now, but I’m always open to questions (on Twitter, on Goodreads, on my website), so don’t be shy!


Is there any other advice you'd like to pass on to others pursuing publication? Any mistakes you've made that other writers might be able to learn from?
It’s true that you need to work on marketing and building your platform, but don’t get so caught up in that that you neglect your craft. Great books are always going to be your best marketing tools.


And, just for fun, what famous celebrity do you think would enjoy your book? Why?
I’d like to think Taylor Swift would like HEARTSICK. I even made a small reference to her in it, so maybe she’d get a kick out of that. (Though, being Taylor Swift, she might already have her fill of being referenced.)

Thanks, Caitlin, for the interview! And best of luck with HEARTSICK and RED BLOODED!

Preorder Heartsick here!
Posted by Unknown at 1:01 AM