It's time for another Wednesday Debut Interview! Today we're talking with Summer Wier, whose YA science fiction novel LINK is now available from Reuts Publishing! 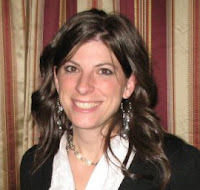 Hi Summer! Thanks for joining us! Your bio says you're an accountant! An author/accountant seems like an unusual pairing; which came first?

Hi! Yes, I do some accounting, but am really more of a jack-of-all-trades. And this is definitely one of those chicken and the egg scenarios. If I look all the way back to high school, I was awful at math and loved reading and writing. Over the years, my work experience took me more in the direction of business management and I never really thought much about pursuing writing seriously. When I finished my MBA, I needed another "project" to fill my spare time and had the thought to write a book. The idea for LINK wasn't a solid one and took a while to really nail down, but once I figured out the "hook" I dove into writing! I still juggle both and probably always will!


Your debut, LINK, sounds like a little bit of sci-fi, a little bit of fantasy. How do you describe it to people in one sentence?
You're totally right, and I had a hard time picking one genre to go with as I was querying and pitching because it really does combine the two. There's a great line from the LINK press release that sums it up perfectly: LINK is the perfect blend of science, speculation, and adventure.


Do you have a favorite scene? Can you tell us a bit about it without spoiling too much?
It's hard to choose a favorite scene, especially without giving away any spoilers. I can say that my favorite parts to write were when Kira interacts with her star. I'd close my eyes and drift into those moments, imagining what it would be like if we were connected to those celestial objects and how it would sound and feel to be near them. I hope my readers get carried away in those moments, too!


I'll bet they will! What's the biggest change you made to this story between the first draft and final draft?
WORD COUNT. When I finished my book and started querying, I was a total newbie. LINK clocked in at 47,500 words when I first started sending it out. I quickly learned that it needed more meat. As I added and revised, I never made any major changes to the storyline overall, but the final version is around 67,500 words. I couldn't be happier with it!


LINK is the first in a series; did you know going into it that this would be a trilogy?
Yes. When I started LINK I always planned for it to be a trilogy, although I had absolutely no idea where it was going plot-wise. What I did know was that the first book would be very internal for the MC, solving problems close to home and her heart. As we progress to the second book, she looks beyond herself to help those closest to her, and by book three she has to focus on saving the universe (which maybe be groan-worthy to some, but it is what it is). So with that in mind, the sequel plots slowly unfolded! I'm still not 100% settled on how the third book ends, but it will come with time.


I'm always interested to hear about writers' processes. How long did it take you to draft this novel? And how long was it from that first draft until publication?
Me too! Every journey is unique. Drafting LINK was pretty drawn out. I started writing it right after I finished my MBA and got about 3 chapters in, then went to work full-time. My kids were also toddlers at the time, so it was more of "for fun" at that point. I'd guess that a year passed before I really had that nagging voice that I needed to do more with it, that it was a project I needed to finish. All the while, I'd have ideas popping into my head that I'd jot down for whenever I got around to writing. Anyway, once I decided it was a priority, I finished it in about six months (still working and mothering of course). But that was the glorious 47,500 word version! From that time, I queried and pitched (revising to add to my word count along the way) for 1 1/2 years before I had offers on it! Now it's scheduled to be released at the end of the month, a little over a year after I signed with REUTS Publications. What a ride!


Can you tell us about how you got your book deal with REUTS and what makes them a good fit for your book?
As I mentioned earlier, I started querying agents right out of the gate (with a book that was not ready) because, at the time, that was the only way I thought one could get published (outside of self-publishing which I also considered an option). As I learned more about the publishing industry, I discovered there were still other options like going through editors or directly submitting to presses. During this time, I did a lot of research into all of the options while trying to narrow down what I wanted and what would work for me. Now this may sound unusual, but part of me totally panicked at the thought of handing my baby over to an agent and letting a publisher have their way with it. On the other hand, though I have the background and knowledge needed to self-pub a professional work, I still wanted support as a debut author. I learned about REUTS from a pitch event, and though it was months before I subbed to them, I finally did. And even though they weren't the first to offer on LINK, I knew from the editorial letter and covers (and everything else I'd learned about them) that they were exactly what I wanted in a support team and publication partner.


It sounds like you found a great fit! Tell us about your cover. What do you want it to tell your readers about your book?
I absolutely love how my cover turned out. I had ZERO vision for what I wanted when I began working with REUTS' cover designer, Ashley Ruggirello. As we talked about options, I determined the focus should be on the lake setting (such a key element of the book and my premise) and should also include hints of the world it's linked to. So while it gives a great overall feel for my story, it really makes "sense" after you've read the book.


How are you planning to celebrate your book's release? Do you have any events you'd like readers to know about?
I don't even know what to expect that day, but I'd imagine it will be a social media frenzy! I am hosting an online release party on Facebook (Join here: https://www.facebook.com/events/940104586051537/) and will plan an in person event at a later time. Anyone and everyone is welcome!


What are you working on now that the work on LINK is all done?
I'm working like a mad woman to finish the sequel, LOST, which is tentatively scheduled to release Fall of 2016. I'm about halfway through, but summertime and an international move totally knocked me off my writing schedule. Time to get back to it! And for those who are interested, book three, LIGHT, is scheduled to release Fall of 2017.


Is there any other advice you'd like to pass on to others pursuing publication? Anything you would have done differently?
1.) Never give up. 2.) Join the Twitter writing community. I learned SO much just from being involved there and it also led me to find my closest writer friends! And like you said, every journey is different. I could come up with lots of things I COULD have done differently, but I learned a lot on my journey, things I might not have had I done it a different way. It may sound corny, but I'm exactly where I'm supposed to be.


And, just for fun: what do you think would be the best food to snack on while reading LINK?
Hands down, OREOS. (Which comes as no surprise to those who know me.)

If you are an author looking forward to your debut sometime between December 2015 and June 2016 and are interested in being part of our Wednesday Debut Interview feature, please contact me at wendynikel at gmail dot com with your book title, category, genre, publisher, and release date.
Posted by Unknown at 12:30 AM