Operation Awesome is participating in Rhonda Parrish's 2015 Giftmas Blog Tour. All the guest bloggers are welcome to write about anything they’d like so long as their post touched on a December holiday in some way, no matter how tangentially. The blog tour extends across many blogs as well, and you can find more on social media using the hashtag #GiftmasTour.

We’re also giving away a whole whack of prizes (check out the list here) which you can enter to win using the Rafflecoper code below. Whatever December holiday you celebrate (or don’t) winning a stack of books will make it better!

Nearly every year of my life, my immediate family has gathered on Christmas Eve, invited friends and pseudo-adopted family, eaten ourselves silly on shrimp and brownies and cheese balls and red and green M&Ms, and watched It's a Wonderful Life.

If you asked it silently to yourself, read on, and I'll explain. If you asked aloud, there's the door over there. We don't argue about It's a Wonderful Life.

No, it's not a perfect film, and yes, it's been parodied so often that many people can't see the original story for itself any more. That doesn't matter. If you need a fresh perspective, go look at the complete miniature village of Bedford Falls all lit and sparkling near the tree. "Merry Christmas, movie house!"


It's a story about a man enslaved to duty, bound to his family by love and his job by honor, feeling trapped and resenting not the people but the circumstances. It's about finding the delightful and unexpected in the commonplace, where the girl you ignore on the street everyday can be the gorgeous girl of your dreams when you finally notice. It's about giving up your youthful dreams and yet finding joy in the life you've made.

And it was allegedly Jimmy Stewart's favorite film, too, and who can argue with that?

As a film, it was a relative flop, fairly unknown until its copyright expired and it became cheap fodder for television stations seeking seasonal filler -- a miracle both in script and real life. The film slipped around the contemporary Hays Code (that #*&%@! Potter never gets punished), provided the names of friends Bert and Ernie for generations of happy Sesame Street fans, and managed to make a hero of a man who screamed at his children while smashing the house.

It's good for writers, that way -- we see George Bailey save his brother's life (losing his hearing) and the life of an unknown boy (taking a beating in front of the girl who likes him), give his college funds away, give his honeymoon funds away, and save the town's only independent financial institution at the cost of his own dreams, so by the time he's breaking stuff and shouting, we're on his side, because we know what it costs him.

But who cares about story technique? We're watching the movie. And it means Christmas lights and carols and food and friends and family, and while I'm not usually bound to tradition, this is one tradition I refuse to give up.

And if any philistines watch the colorized version, I shall banish them to Potter's Field (the best-named housing development ever, I suspect).

There are other Christmas and seasonal movies I love, too, but It's a Wonderful Life is our family's signature film.

Enter the Rafflecopter for cool prizes! 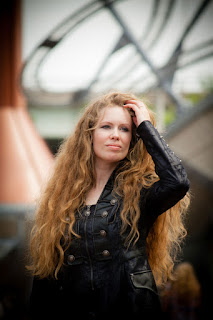 Laura VanArendonk Baugh was born at a very early age and never looked back. She overcame childhood deficiencies of having been born without teeth or developed motor skills, and by the time she matured into a recognizable adult she had become a behavior analyst, an internationally-recognized and award-winning animal trainer, a popular costumer/cosplayer, a chocolate addict, and of course a writer. Her holiday authorial achievement was bringing about a sweeping loss for The Little Drummer Boy game players by titling a Christmas book So To Honor Him, but she hopes it was worth it. Find her at http://www.LauraVanArendonkBaugh.com.