It's time to look back on the past year of books! We had the opportunity to talk about some amazing books in our Wednesday Debut Interview series, including:

Fractured Immmortal by E.L. Wicker
Tunnel Vision by Susan Adrian
Heartsick by Caitlin Sinead
Sachael Dreams by Melody Winter
Fairy Keeper by Amy Bearce
Everything that Makes You by Moriah McStay
Any Way You Slice It by Kristine Asselin
Nobody's Goddess by Amy McNulty
Anna, Banana, and the Friendship Split by Anica Mrose Rissi
The Tulip Resistance by Lynne Leatham Allen
Run Away by Laura Salters
The Rearranged Life by Annika Sharma
Secret of the Sevens by Lynn Lindquist

Survival Strategies of the Almost Brave by Jen White
Syeira by Gill L. Holland
The Haunting of Springett Hall by EB Wheeler
Not After Everything by Michelle Levy
A Clear Solution by Eric McFarlane
Traitor Knight by Keith Willis
Link by Summer Wier
Underneath Everything by Marcy Beller Paul
Stillwater by Melissa Lenhardt
The Daring Prince Dashing by Marilou Reeder
Grudging by Michelle Hauck 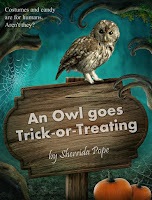 Crow's Rest by Angelica R. Jackson
Red Blooded by Caitlin Sinead
Dragonfire [Secrets of the Makai Book #3] by Toni Kerr
For Exposure: The Life and Times of a Small Press Publisher by Jason Sizemore
An Owl Goes Trick or Treating by Sherrida Pope
Sidekick by Natalie Whipple
Hybrid [The Domino Project #2] by KT Hanna

Besides all those wonderful books, here's a few more we've read and enjoyed over the past year:

The Wrath and the Dawn by Renee Ahdieh
This YA fantasy retells the story of 1001 Arabian Nights with beautiful language, a fierce and determined female lead, and just the slightest hint of magic. This one does end on a bit of a cliffhanger, but you only have to wait until May for the sequel that will tie it up.
-Wendy

The Pretty Ones by Ania Ahlborn
Ania's strength is in building amazing, realistic characters and then doing really terrible things to them (in a psychological rather than gory way [with one or two exceptions]). This book is crafted to be uncomfortable but unputdownable. She's got two more books that I haven't read, and I'm definitely going to be reading them in 2016.
-Samantha

Golden Son [Red Rising #2] by Pierce Brown
Golden Son continues the stunning saga of Darrow, a rebel forged by tragedy, battling to lead his oppressed people to freedom from the overlords of a brutal elitist future built on lies. Now fully embedded among the Gold ruling class, Darrow continues his work to bring down Society from within. (Goodreads)
Darrow is a very compelling hero; he has strong motives driving his actions, making his choices believable even when shocking or violent. I can't wait for the third book to come out!
-Kara

P.S. I Still Love You [To All The Boys I've Loved Before #2] by Jenny Han
Lara Jean didn’t expect to really fall for Peter.
She and Peter were just pretending. Except suddenly they weren’t. Now Lara Jean is more confused than ever.
When another boy from her past returns to her life, Lara Jean’s feelings for him return too. Can a girl be in love with two boys at once? (Goodreads)
I loved Lara Jean and her family--all of the characters felt real to me. I think that's essential for contemporary YA.
-Kara

Luther and Kathrina by Jody Hedlund
This historical romance explores the unusual courtship of religious reformer Martin Luther and Katherine von Bora, the runaway nun who became his wife. The historical aspects are well-researched and immersive.
-Wendy

The Weight of Feathers by Anna-Marie McLemore
The setting is so deeply rooted in the Central Valley of California, but the magical realism gives it a wondrous twist on the familiar.
- Angelica & Karen

Bindi by Nnendi Okorafor
The world-building in this book is immersive and gorgeous, and the main character has a gentle strength that made me love her so much. I've started on another book by this author, and I'm loving it, too. I might end up devouring everything Nnendi wrote in 2016.
-Samantha

Scarecrow edited by Rhonda Parrish
Rhonda carefully picks out stories with strong characters, interesting world building, and tough choices. I picked this one over Corvidae (published this year, too) because anthropomorphic birds freak me out; however, I recommend all three in her Magical Menageries series.
-Samantha

A Darker Shade of Magic by V.E.Schwab
I love how this fantasy combines four different, overlapping magical worlds and tells the story of a Traveler who has the ability to slip from one world to the next and the dangers he encounters in each one. The language is incredibly vivid and the story is so much fun.
-Wendy

The Sound of Life and Everything by Krista Van Dolzer
Twelve-year-old Ella Mae Higbee is a sensible girl. She eats her vegetables and wants to be just like Sergeant Friday, her favorite character on Dragnet. So when her auntie Mildred starts spouting nonsense about a scientist who can bring her cousin back to life from blood on his dog tags, Ella Mae is skeptical—until he steps out of a bio-pod right before her eyes.
But the boy is not her cousin—he’s Japanese. And in California in the wake of World War II, the Japanese are still feared and despised. When her aunt refuses to take responsibility, Ella Mae and her Mama take him home instead. (Goodreads)
I loved the blend of sci-fi and historical fiction, but the best part for me was the ending took me by surprise.
-Kara
Posted by Unknown at 12:30 AM