I always knew I was going to be a writer someday. Four kids later, “someday” kept getting pushed further and further away. After my grandmother passed away, I was browsing through her bookshelves and found a shelf devoted to “how to write and get published” books. My aunt noticed the books I was going through and told me that my grandma had always wanted to write a book, but she never did.
I knew right then that “someday” was up to me, and I didn’t want my story to end the same way.

Yet, I still didn’t write. Oh, I have ideas, lots of idea. I have so many titles for books I could probably write a book about it, but I could never get pen to paper (so to say). I had heard of NaNoWriMo before, but it was a scary idea. Not to mention that Thanksgiving is my absolute favorite holiday and I wasn’t willing to compromise my holiday for writing! Why did it have to happen in November? I also have a tendency to listen to the annoying inner self-doubter. I wasn’t really sure I had it in me. So, I never tried, until now.

I decided this year I was going to do it. I signed myself up for the NaNoWriMo, picked one of my many story ideas, declared myself a “pantser” and went for it.  That is, until November 1st rolled around, three days later. Everything piled up, I had so much going on that I couldn’t stop to write, not even a word. After a few days of this pattern, I had a long talk with myself and decided that if I was ever going to write I needed to make time to write! Then suddenly “someday” became TODAY. I packed up my laptop, and went to my dentist appointment. I made a promise to myself that I wasn’t going to go home until I had written something, anything. I sat at the dentist looking out a window at a little bakery, I decided that when I was done I would go there to write, and get myself a motivational treat.

It was my first experience with NaNoWriMo writing. I sat down with my pumpkin cheesecake, and newly cleaned teeth; I pulled out my laptop, feeling very official and important. Then I remembered that my laptop is more like a mobile desktop; it has to be plugged in at all times! I frantically searched for an outlet and found one about six feet up on the wall. I climbed up on the booth and plugged myself in. Feeling less cool, and too embarrassed to make eye contact with anyone, I began to write.

That was all it took for me. I knew that I was several thousand words behind but that didn’t scare me anymore. I went for it. I was all in. I declared to Facebook that I was doing it, because nothing’s official until it’s on Facebook! I didn’t even let the naysayers get me down. I wrote and wrote until I was sure I had caught up. I did a word count that night… 500 words.

Not what I was hoping for, but it was better than nothing. I got really good at giving myself pep talks. Just when I started to feel like I would never catch up, I got invited to my first ever “sprint.” I was awful, really, really awful!! In 30 minuets I typed something like 600 words. I did learn a very important lesson though. Stop trying to edit while you write! I was constantly deleting sentences that I didn’t like, or fixing misspelled words. In an effort to get more words on my next sprint I practiced. I set a timer and wrote like crazy. I never reread anything I wrote during a sprint. I soon began looking forward to those sprints; it was enough motivation for me to know that someone else knew that I was writing.

At times the month would drag on. I feared that I wasn’t going to make it. I did have my back up motivation. I knew I had to finish, because, let’s face, it a 30 day trial of Scrivener is not enough--I NEEDED that program! There was a pretty sweat deal at the end for Winners, and I hate paying full price for anything! So, when I needed a little extra push I would wave that little figurative coupon in front of my face and plug on.

I gave my self a cheering section to keep the morale up. My family was incredibly supportive. They listened each night at the dinner table as I explained my frustrations. Gave me advice on what to do with my characters and listened as I talked myself through difficult scenes. Their excitement was infectious.

Time was increasingly hard to come by, so I strategically invited myself to Thanksgiving dinner at my sister-in-law's house, which would give me 14 hours in the car to write.  I then spent a Saturday making 40 freezer meals , so that I wouldn’t have to shop or cook for the rest of the month. It still wasn’t easy to find time, so I let everything else go. Laundry piled up, floors went unswept, the bathrooms got so bad that my husband cleaned them, and in general I allowed myself to be OK with that.

I still spent a lot of late nights struggling to keep writing. After three weeks, I fell asleep one night while typing.  Then, as I was stalling scrolling through Facebook I noticed a sprint invite. I hadn’t sprinted in a while and it started in two minutes. I quickly opened up my story and began writing as fast as I could knowing I would be a couple minutes behind, but not wanting to have to put up a pathetic word count again. I let nothing distract me. It was a double sprint with 15 minutes in between. I quickly updated my word count and kept writing. I was at a really good part in my story. I set a timer for when the second half of the sprint was to start but I kept typing like there was nothing else in the world more important than this story. When the timer went off I went to update my second word count only to notice a message that went something like this: “That’s great, but this was my sprint from last night.”

Sure enough I had just sprinted for an hour with … nobody. Everyone finished this sprint 24 hours ago! I did finish my word count for the day though, so there’s that. I don’t do well without sleep.

On November 30th, after a month of writing, staying up late, struggling to figure out what came next in my story and doubting I would be able to do it, I emerged victorious! I submitted that final word count, gave myself a quick pat on the back, and frantically searched for my Scrivener discount code. Apparently, I really will do ANYTHING for a discount.

If I were to sum up my first ever NaNoWriMo experience and give a future first timers advice it would be this: 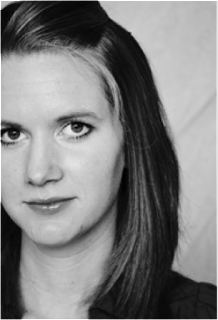 Julia Despain: I love reading, and l love writing. Even from a very young age I kept a journal, wrote poems, short stories, anything.  I used to sneak into my little sister’s room at night, and make up bedtime stories-- a tradition I still continue with my own children. I have been blessed or cursed at times with a very vivid imagination. It helped me pass the time in math class.

In college, I was finishing up my degree and had several upper division credits that I needed. I filled them up with extra English classes. The professor asked me why I was taking the class; I wasn’t an English major, and those were usually the only people who took her class. After explaining that I was taking it purely “for fun” she was a little shocked. Red ink always made me nervous, so when I saw my final with a long note written in red ink my heart sank a little until I read it. Next to my ‘A’ she had a list of her other classes for me to take “for fun” if I was interested. I was hooked.