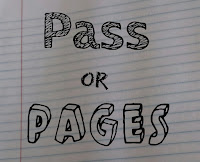 When Maggie invites her twin Josie over for salads in the middle of a work day, Josie suspects there’s a favor looming.[DB2][PN1]  When Maggie says the favor is “teensy weensy,” Josie knows it’s big. When [MJ1] Maggie asks asexual Josie to be her surrogate, Josie is tempted to brush aside the clump of hair that’s hidden her eyes since high school to see if she’s serious. [PN2]But when Maggie insists that Josie get pregnant the old-fashioned way, by sleeping with her husband, Josie’s heard enough. She packs up her salad and heads for the door. That’s when Maggie says if Josie doesn’t do it, she’ll use a former classmate who just ducked embezzlement charges and wants to have sex with her husband.[MJ2][PN3]  What choice does Josie have? She’s spent her life protecting Maggie, saving her soul at the expense of her own. She’s never said no to Maggie. After all, they’re practically one person.[AS2]

But there’s a lot about Maggie that Josie doesn’t know — the reason for her infertility, that she’s having an affair . . . her compulsion to claim for herself everyone who has ever wanted Josie.[AS3]  Flirty and adorable, Maggie doesn’t expect resistance.[PN4]  She certainly doesn’t expect the shift in her husband’s affection. It never occurred to her that he could fall for sexless Josie. Or Josie for him.[MJ3][DB3]

In the aftermath of the “act,” it turns out Maggie’s not the only one with something to hide. Their marriages seemingly over, and the twins at odds, they wait to learn whether Josie is pregnant. For the first time, they must face themselves as individuals, not just see themselves through each other’s eyes. The choices they make are surprising.[PN5]

THE MARRIAGE ACT is women's fiction centered on devastating secrets like in Liane Moriarty’s The Husband’s Secret, in the context of a sisterly bond like in Eleanor Brown’s The Weird Sisters.[AS4] [MJ4][PN6]  It is complete at 90,000 words. Thank you for your consideration.

************
Andrea's Notes:
[AS1] Particularly for this query, I suggest opening with a sentence that states the title and the genre.
[AS2] I like the premise, but I think that there are too many details in this paragraph that are unnecessary for the reader to know, and, as a result, the primary conflict gets lost. I suggest reworking the first three sentences, severely cutting them down to just the essentials.
[AS3] Intriguing!
[AS4] Good comp titles.

Melissa's Notes:
[MJ1] Massive overuse of the word “when”--the first three sentences start with the word. I’d say no after the second sentence becaue you’re not getting to the point.
[MJ2] This is a very strange request and you should let the reader know WHY she’s asking such a thing. So her husband doesn’t know? THAT would be a cool twist.
[MJ3] Tremendously confusing paragraph. Is the book told from both pov’s? Because I’m not sure who is who anymore.
[MJ4] I know some agents like comparisons but I advise avoiding “like and in context of.” Just: THE MARRIAGE ACT is a 90,000 word Women’s Fiction novel in the vein of THE HUSBAND’S SECRET and THE WEIRD SISTERS.

Danielle's Notes:
[DB1] There are different opinions out there about this, but my strong personal preference is for this paragraph (the paragraph containing title, word count, genre, etc.) to serve as the opening to the query letter.

[DB2] The wording here makes it sound as though Maggie is going to do a favor for Josie when what you really mean is that that Maggie is going to ask Josie for a favor. And by starting the query letter with Maggie, you set us up to think that she (and not Josie) is the protagonist.
[DB3] It feels to me as though Maggie is the center of the first two paragraphs, which makes me feel a bit removed from Josie. i.e. Maggie asks Josie for this and then that and then another thing. In paragraph two we learn what Josie doesn’t know about Maggie, but we don’t learn about Josie. It may be worth experimenting with placing Josie and her perspective at the center of the query letter. I want to get a better sense of who our protagonist is and why she is the person to carry a novel.

Patricia's Notes:
[PN1] From this first sentence, I’m a bit confused – who are Maggie and Josie and why do I care about their lunch date? Instead, you might start with 1-2 sentences about who Maggie is, succinctly establishing her character to ground the reader before moving on.
[PN2] I generally encourage shorter paragraphs in queries – agents get so many queries that we tend to skim on a first read. I would put a new paragraph here.
[PN3] I’m having a tough time understanding Maggie’s motivation for this – it’s often best to cut plot points that raise too many questions and will confused the reader. Do we need this info?

[PN4] Not sure we need all this background info. Instead, I think all you need here is: “What she doesn’t expect is the shift…”


[PN5] As the last sentence of the main part of your query, this should be something that makes me NEED to read, but what you have here is a filler sentence – it doesn’t really tell me anything. Punch this up – surprising how, and what are the stakes?
[PN6] Nice comps!

“PIPING hot, Til.” Gerald opened the oven for a split-second peek. “Is the gravy ready? This bird’s not coming out till everything’s dang ready. I’m eating a hot meal this year. Dang it.”

Two dangs. Aaron Wainwright rolled his eyes and turned his back to the island. He took a quick swig from the flask secreted in his jacket’s inner pocket. Swallowing, he caught his brother-in-law’s conspiratorial wink and too-white grin on his smarmy, too-tanned face. Curtis edged over to him.

Aaron took another belt. His thumb swept over the Harvard crest embossed on the flask’s leather cover. The flask had been a graduation gift from Maggie eleven years ago when, flush with the thrill of graduating and landing a job at a top Boston architectural firm, and figuring he couldn’t take life by the balls unless a flashy, blonde wife had a hold of his, Aaron had popped the question on bended knee on the steps of Gund Hall on graduation day.[MJ1]  Whereupon he had presented Maggie with a two-carat solitaire, and she had presented him with the flask. He hadn’t realized then what a prescient exchange it had been.[PN1]

“Veritas.” Curtis extended his hand for the flask.

Aaron slipped it into his palm with the furtiveness of a drug deal. “Happy Turkey Day, Cue Ball.”

Curtis’s jaw clenched as he raised the flask in a salute.

Andrea's Notes:
With women's fiction, you really want the narrative to be based in either Josie or Maggie's close third person point-of-view. I'm going to pass as the sample pages don't have the feel of the type of women's fiction that I'm able to place these days.

Melissa's Notes:
[MJ1] Run on sentence. The next sentence isn’t gramatically correct either.
So right away I am confused about whose pov we are in. You have to attribute Aaron hearing his b-i-l speak in the first paragraph. AND if the book is about the sisters, why isn’t the book starting with them? What you are putting in your query should flow with your pages. Honestly, this is a dull opening. Guys passing flasks, cooking a turkey. I wouldn’t read on because it does not tie in to your query’s plot. What am I learning here?


I’m wondering why the novel opens with Maggie’s husband’s perspective. Where is Josie? I really like a very strong sense of my protagonist right off the bat. From what I do know about Josie, it sounds as though she has the potential to be a wonderful character, but, after reading both the query letter and first 250 words, I still haven’t met her yet! Because of that, this is a PASS for me.

Patricia's Notes:
[PN1] Your first page is valuable real estate – there almost never needs to be backstory taking up that space. I would stop reading here.