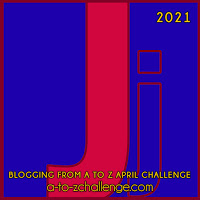 Our theme for this year's A-to-Z Blogging Challenge is BOOK REVIEWS.  We don't normally post book reviews but it was fun to review some of the amazing books I've read in the last year. 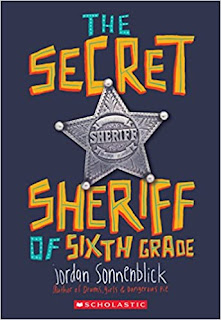 The night before he starts sixth grade, Maverick rides his bike home and right into a nasty fight between his mother and her current boyfriend.  Once the boyfriend packs up and storms off, Maverick gets his mom some ice for her bloody face, and after she goes to bed he cleans up the living room.  The next day, on very little sleep, he grabs the sheriff star his father gave him before he died, and runs off to catch the bus to his new school.  The star reminds him of his father and of trying to make your corner of the world a better place.

Maverick is short and scrawny, but also spunky and smart.  He knows his good deeds are likely to be misunderstood but he does them anyway, because he wants to be like his late father who died doing a good deed.  The author does a great job in giving each character a different personality and backstory.  The plot has good pacing and some nice twists/surprises.

This is an excellent story about a kid overcoming a not-great home life, and standing up for himself and others even at a cost.  This book is actually a comp title for my current WiP.  I hope my story is half as good as this book is.