#BookReview of Across A Broken Shore by Amy Trueblood #atozchallenge 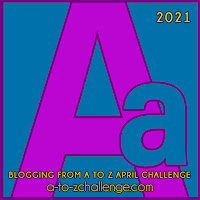 For the #atozchallenge this year Operation Awesome are doing book reviews of some of our favourite books!  I'm excited to have the letter A to to be able to review a book from a former Operation Awesome member whose name also starts with A! 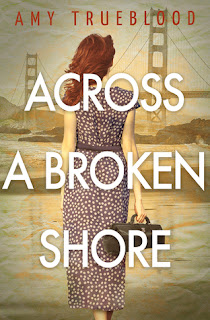 I really enjoyed this book about a young woman defying her family's expectations and pursuing a career in medicine instead of going to the convent to become a nun.  Willa is a feisty heroine and the Depression-era setting is an interesting one, even if the desperation of that time doesn't always cut through.  The building of the Golden Gate Bridge and the dangers the men faced on it are well researched and described, as is the prejudice women doctors experienced.

At times I felt Willa's thoughts were repetitive and I got a little tired of hearing her bang on about how disappointed her family would be if she didn't go to the convent, and how she owed it to them because it was her fault her sister died before she had a chance to live.  But that's actually realistic, because who doesn't go over painful things in one's head over and over again?

As owners of a pub, Willa's family - large as it was - didn't not appear to be suffering as much from the depression as others, like the people living in the Hooverville camp near the beach.  I felt the book could have delved more deeply into the hardships of the Depression; there was never any real sense of desperation from any of the characters, even those living in the camp whose circumstances were desperate.  Perhaps Willa could see it, empathize with it, but not really understand it.

Overall, I enjoyed this one and would recommend it to anyone who likes historical settings and female characters bucking the expectations of the time.

But don't just listen to me.  Here's the blurb:


The last thing eighteen-year-old Wilhelmina “Willa” MacCarthy wants is to be a nun. It’s 1936, and as the only daughter amongst four sons, her Irish–Catholic family is counting on her to take her vows—but Willa’s found another calling. Each day she sneaks away to help Doctor Katherine Winston in her medical clinic in San Francisco’s Richmond District.

Keeping secrets from her family only becomes more complicated when Willa agrees to help the doctor at a field hospital near the new bridge being built over the Golden Gate. Willa thinks she can handle her new chaotic life, but as she draws closer to a dashing young ironworker and risks grow at the bridge, she discovers that hiding from what she truly wants may be her biggest lie of all.


Posted by Kate Larkindale at 4:00 AM