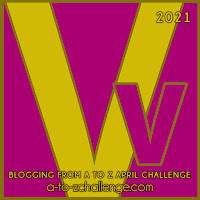 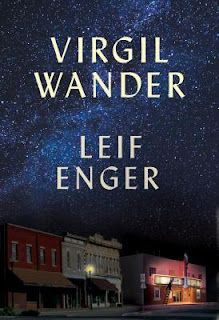 I discovered Leif Enger's first book, Peace Like A River on the bargain table outside the discount bookshop that used to be in the same mall as a cinema I ran, and it soon became one of my all-time favourite books.  I sought out other books by the author, but there did not seem to be any.  Until ten years later, Virgil Wander appeared on bookstore shelves.

You better believe I snapped up a copy as soon as I saw it.  Especially when I discovered Virgil lives above a fading and failing movie theatre.

Set in a small midwestern town, Virgil Wander begins with its titular protagonist being rescued from the frigid waters of Lake Superior after his car plunges from a bridge.  Concussed, Virgil has problems with speech and memory even after he goes home from the hospital.  Because of this, the narrative has a slightly dream-like, fractured quality.  We're never quite sure what Virgil is actually experiencing, and what might be the result of his damaged brain.

So when a kite-flying stranger shows up in town to try and discover that happened to his missing son, we're not sure if he is real.

The book features an eccentric cast of characters that reminded me somewhat of the residents of Fannie Flag's Elmwood Springs.  Like that fictional town, this one is also fading and down at the heels, the population largely aging as the younger people depart for opportunities in bigger, more exciting locales.  The people here are stoic and survive the best they can, but can't help reminiscing about the days in which the town thrived and grew.

It is a town more accustomed to people leaving, than those arriving, so when Rune arrives with his kites and zest for life, and the wealthy film producer whose house has long stood abandoned both turn up, the community begins to feel the whisper of change and new life.

I really enjoyed this book despite the fact it's very quiet.  The characters are delightful and so well drawn I felt like they could be my neighbors by the end of it.  It would be so easy to make fun of these simple people and their simple lives, but Enger has such obvious affection for them that it's impossible to.

I would definitely recommend this one.

But don't just listen to me. Here's the blurb:

The first novel in ten years from award-winning, million-copy bestselling author Leif Enger, Virgil Wander is an enchanting and timeless all-American story that follows the inhabitants of a small Midwestern town in their quest to revive its flagging heart.

Midwestern movie house owner Virgil Wander is "cruising along at medium altitude" when his car flies off the road into icy Lake Superior. Virgil survives but his language and memory are altered and he emerges into a world no longer familiar to him. Awakening in this new life, Virgil begins to piece together his personal history and the lore of his broken town, with the help of a cast of affable and curious locals--from Rune, a twinkling, pipe-smoking, kite-flying stranger investigating the mystery of his disappeared son; to Nadine, the reserved, enchanting wife of the vanished man; to Tom, a journalist and Virgil's oldest friend; and various members of the Pea family who must confront tragedies of their own. Into this community returns a shimmering prodigal son who may hold the key to reviving their town.

With intelligent humor and captivating whimsy, Leif Enger conjures a remarkable portrait of a region and its residents, who, for reasons of choice or circumstance, never made it out of their defunct industrial district. Carried aloft by quotidian pleasures including movies, fishing, necking in parked cars, playing baseball and falling in love, Virgil Wander is a swift, full journey into the heart and heartache of an often overlooked American Upper Midwest by a "formidably gifted" (Chicago Tribune) master storyteller.