Before we begin, congrats to our Pleased To Meet You contest winner, Kristi!!

Oh, and don't forget to stop by this Thursday October 28th @ 9pm for our Awesome Query Chat with the fabulous Elana Johnson!!!


Okay. Now for today's post. This was just a little something I wrote over at my blog, but I thought the OA audience might find it... ahem... useful?


Without further ado, I give you...

Confession: I've watched the Eclipse trailer way too many times. It seems everywhere I turn, Robert Pattinson is right there. Not that I'm complaining or anything, but it overwhelms me.
That is, until I see his hair.
Okay, okay... Who hasn't seen his hair, right? There are people who even keep tabs on the darned hairstyles and everything. But I saw it in a different light. Those brown locks that make tweens squeal their throats out made me remember something.
The writing stages of my manuscripts.
Here's what I mean:
First draft: Some writers outline, some don't. My first drafts are a no-man's land. I don't outline, don't plan ahead, just sit down and write. No idea gets left behind. Typos run amok. Once I finish the draft, it looks like this: 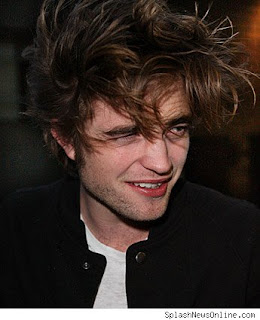 Second Draft: I read through my manuscript in order to fix plot holes. Maybe a scene should be cut because it's not right for the tone or the pacing. Maybe my main character is a sweetheart and shouldn't stab that pesky villain after all. Overall, I tackle big picture problems. My second version looks a bit like this: 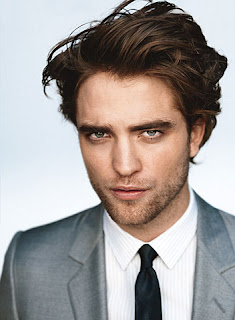 Third draft: Line-editing begins. Grammar issues? Gone. Passive voice? Hasta la vista, baby. I pay careful attention to how well the sentences flow one after the other. If something feels off or forced, I cut it. The end result is similar to this: 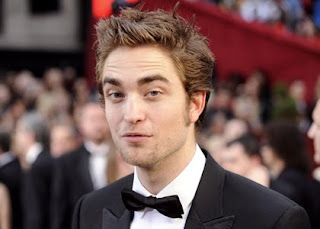 Fourth draft: I edit according to critique partner and beta feedback. They take care of telling me if something rocks or sucks. One beta in particular enjoys asking questions. A LOT. That's cool, though--the manuscript turns out to be stronger because of it. It ends up being tighter, shorter, and less of an eye sore. My baby finally grows into a clean-cut version of what started out as an idea: 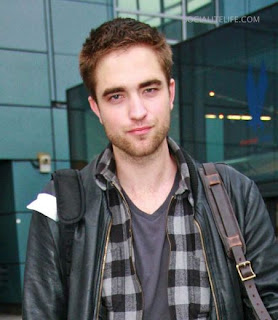 There you have it, folks. Robert Pattinson's hair reminds me of writing.
Am I nuts or what?
Now tell me: what do your drafts look like?
Posted by Amparo Ortiz at 12:22 PM