Revisions: The "I'm From Sweden" Approach

I believe there are two types of writers: 1) those who run away screaming from revisions, 2) and those who embrace them. Strangely enough, I belong to the latter group. But I am constantly thinking about writers who whip out their crossbows, aim, and fire! whenever someone says the R word.
This post is for you, my friends.
And... for people who like Alexander Skarsgard... a lot...
*cough Lindsay and Michelle cough*
So. For those of you who don't know, this is Alexander Skarsgard: 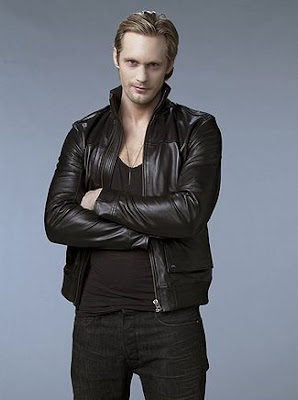 And he's on this show: 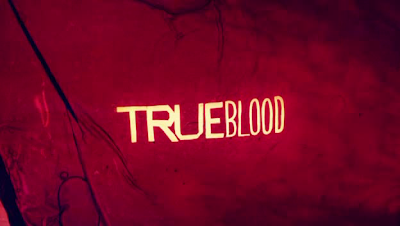 Which is currently in its fourth (super awesome) season.

The Skarsgard is out promoting the show left and right. A couple days ago, he made a stop at the Regis and Kelly show. He talked about his character, Eric Northman: 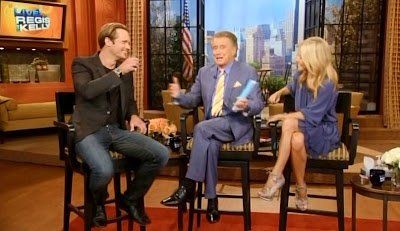 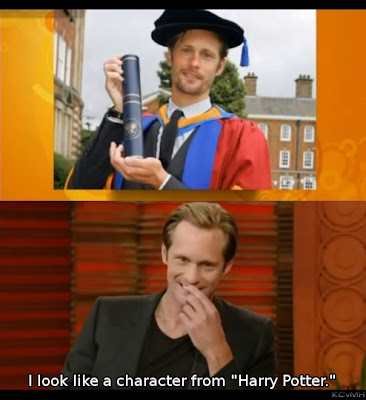 And was asked this question:


"Do you get nervous about being disrobed in front of so many people?"
To which he replied:
"I'm from Sweden."
O_o
Kelly, who was the one to ask The Skarsgard this question, barely even finished it. She got so uncomfortable talking about nudity that she stumbled a bit.
The Skarsgard? Not so much.
If you find revisions uncomfortable/scary/daunting/impossible, this is my advice to you: BE FROM SWEDEN.
Which means: don't let them faze you. You are awesome. You can PWN revisions any day of the week. They are not uncomfortable/scary/daunting/impossible. Attitude goes a loooong way, folks. So does confidence. Believe in yourself. Believe in your craft.
And never give up.
Now if you'll excuse me, I must finish packing for my trip to Sweden...
Tell me: do you embrace the revision process? Or would you rather avoid it like the plague?
Posted by Amparo Ortiz at 6:05 AM