Perhaps this would work best for picture book authors, but I think it'd be fun to try for plain old novel-length writer's block, don't you?

Rory's Story Cubes are a game of dice that you can play alone or with friends. It's pretty hilarious with a group of adults, and equally funny with little kids because of the completely unique ways they interpret the images on the dice. 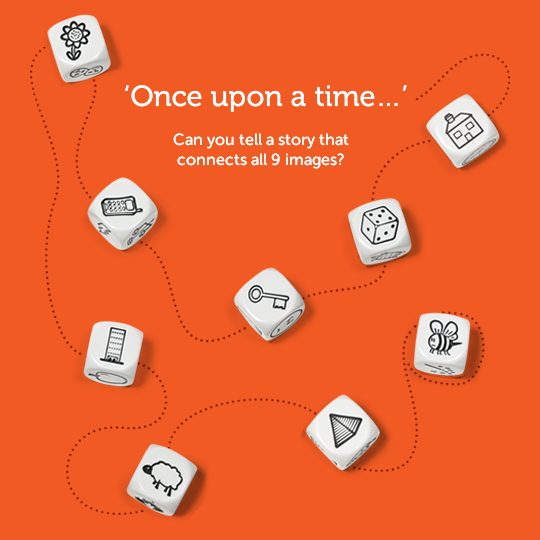 It's even better if you have a time limit or someone you must pitch your story idea to immediately after rolling. But if you're alone, you can still have fun filling the blanks in your novel with flying sheep with golden keys, pyramids that were used anciently as washing boards, and mobile phones from the 1980s. *wink, wink* There are several sets of dice, and I admit to only having one set myself (the Action cubes). You can also get the Voyages, Original, and special dice for space, medicine, and sports. I'm still waiting for the Adverbs dice set to be invented. Until then, I'll roll with the punches, or other Action cubes. 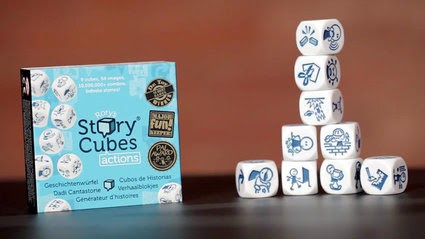 How do you get yourself out of a writing funk?