I hope everyone had a wonderful Easter! I spent mine trying to get some relaxation time in, while fixing some plot and character problems in one of my manuscripts. There was a place, a little more than 30% in, where it felt flat, and had no direction. Kind of like this:

Ultimately, it meant I hadn't yet gotten to what that story really was--it was floundering, with nothing holding it together. I'd added too many directions, and made the story wider instead of deeper.

But it needed to go deeper. That was the creamy filling that the book's egg was missing.

Which meant my character needed a clear focus, a motivation, even after she'd experienced a pretty significant trauma. And it had to directly relate to the mid-point reversal.

And then, when I saw the the end of an episode of Better Call Saul, called Pimento, I finally found my missing Easter egg.

I won't ruin Better Call Saul for those who want to see it, but suffice to say that Saul (Jimmy) finds out that he's been strung along for quite awhile by someone he thought he trusted (which is exactly what happens to my protagonist). Watch if you dare:


My protagonist's motivation was not only to try to fill the holes in her life, but acknowledge that they were there in the first place. And because the antagonist would never allow her to do that, that's where they could bat heads at the mid-point reversal.

Armed with my Easter egg (and its creamy filling) I'll go back to revising that section with a completely new purpose--both with what the antagonist intends and how my protagonist has to get around it.

To to sum up, if you have a section of your book that's falling flat, revisit the following questions:


Hopefully, by the time you've worked through this, you'll find Easter eggs that you might not otherwise have discovered. 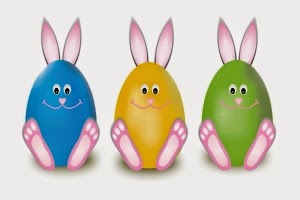 Your turn. What's your protagonists's Easter egg? Antagonist's Easter egg? How will they help your plot and character development?
Posted by Karen McCoy at 7:00 AM