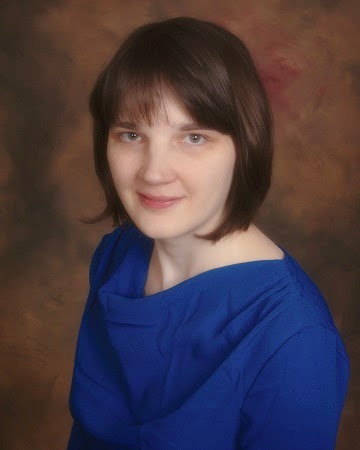 First off, tell us a bit about yourself!
I’m a total geek, and I get really immersed in my favorite books (particularly YA), anime, manga, comic books, TV shows, movies and video games. I’m a freelance writer and editor from Wisconsin, and I mostly work on general business and marketing content, although I’m a reviewer at Anime News Network, too. I try to squeeze fiction writing or editing into my daily routine, including editing for other writers, whenever I can.


Tell us about NOBODY'S GODDESS; it sounds like a really interesting premise. Where did the idea for this story come from?
Thanks! There were a number of factors that came together into NOBODY’S GODDESS. First, my love for the Byronic hero in fiction, which developed when I was a kid because Jim Henson’s Labyrinth has long been my favorite film. Second, I had just become obsessed with The Hunger Games, and I wanted to take the fantasy I was working on and add some dystopian elements to it.

I’d heard about other popular YA books where women were forced to marry/partner up with men, and I realized I hadn’t heard of many (any?) where it was men forced to partner up with women. Since I’d already veiled my hero in the draft I was working on (I also have a predilection for masked men), the idea of all of the men having to cover their faces popped into my head. I also liked the idea that all of the women in Noll’s village were “special snowflakes” because they were all goddesses to their men. Of course, Noll wound up an even more special snowflake, anyway.


How long as this process taken for you, from the time that you began the first draft of this book until the date of its publication?
That’s sort of a complicated question because I consider a manuscript I started in 2003 to have been the seed for NOBODY’S GODDESS. I worked on it sparingly for nine years, and it was a mess. When I read The Hunger Games and got inspired to write again, I scrapped the vast majority of that manuscript (although a small amount made it in to the final draft) and wrote the first draft in just nine days! (I didn’t do much else but write during those days!) That was in 2012, and that was the year I got an agent, but not before a major revision. (Followed by three more major revisions and a few minor ones.) So 12 years or 3 years, depending on whether or not I consider that early draft the first one.


What is your favorite part of the writing process? Your least favorite?
I like editing best, probably about halfway through the editing process. (That initial first edit can be brutal.) There are times when I’m initially drafting that I get really into it and adore the process, but it’s still my least favorite because it’s so daunting. It took me a long time before I could even finish a first draft.


Every writer experiences some rejection and setbacks along the way. How did you learn to cope with them and move on?

Rejection is like a kick to the stomach sometimes, but it helps to tell yourself it’s not personal. It’s not even an attack on your work and writing skills, usually. Your work just might not have connected with that person, or she has business and market-related reasons for not investing her time and energy in it. Rejection does actually get easier over time. You sort of get used to it.


How did you find your publisher? What makes them a good fit for you and your book?
My agent at the time and I were looking for indie publishers making waves, and Month9Books seemed perfect. They specialize in YA spec fiction and don’t reject manuscripts based solely on genre so long as it’s spec. At the time, a lot of bigger publishers were passing or not even reading the manuscript solely because of the fact that there are dystopian elements to the book (although it’s primarily a fantasy) and they were done buying those. Month9Books embraced my manuscript’s odd mix of genres.


NOBODY'S GODDESS is the first book in a series. Did you write it knowing that you were going to expand its story?
When I initially wrote it, I didn’t know I’d want to write two more, but by the time I wrapped it up, I knew I had to keep the story going. The first book’s ending is somewhat open-ended; it could be considered the end, but I hope readers will want to know more. The second book deals with the aftermath of what happens at the end of the first book, and the third finally explains why odd things happened in the first and second.


After signing a contract with a publisher, what comes next for a debut author? What have you been doing in these months between then and now?

More revisions! There are always so many revisions to be done, but my book is so much better because of it. There’s a lot of waiting without doing anything, but then you’ll hear from the publisher or your editor with another stage in the process. Our first order of business was coming up with a new title, which I’ll elaborate more on below. After that, there were three rounds of edits spaced a number of months apart. Meanwhile, I wrote both book 2 and book 3 in the series.

Now I’m working on revising those.


I love your book cover. Who designed it? How much say did you have in it? How do you feel about how it reflects your story?

Thanks! I love it, too. The designer was Kim Beurre Lait. She worked with Georgia McBride, owner of Month9Books, to come up with the amazing design. I offered some ideas early on and gave my input for a few mockups along the way, but it was pretty much just the two of them. I think it does a great job representing the story. I love the spooky-like atmosphere in the village, and Noll wears that outfit in the book. I think the young woman really conveys Noll’s sense of strength, too.


Tell us about your title. Was this the original title you'd had in mind? If not, what made you change it?

Nope! It used to be called The Veiled Man’s Goddess, but we worried that was too “adult” sounding. My editor at the time suggested the new title from a line in my book. Noll is both “the veiled man’s goddess” and “nobody’s goddess” in a way, so it’s perfect. It took quite a while and many ideas to decide on it, though!


What's next for you after this debut? What are your plans for the future of your writing?
Book 2 in The Never Veil Series comes out sometime in 2016, with book 3 to follow in 2017. I don’t have any other releases lined up yet, although I hope to find a home for another YA fantasy manuscript about four teens who are the children of villains in what I consider Marvel’s Runaways meets Game of Thrones. In the meantime, I need to work on a page one rewrite of a YA suspense manuscript I almost finished a couple of years ago, but I didn’t think it quite worked. Still, I’m attached to the idea; it’s about a teen with prosopagnosia (face blindness) and a still-burning flame for his ex-girlfriend, whom he can’t always recognize.


How does it feel to finally have your book out in the hands of readers? Do you have any events planned you want people to know about?
Exciting and a little nerve-wracking! Readers have shown a lot of passion for the book even before reading it, based on the synopsis and/or the cover. I’m so grateful they’re willing to give a new author a chance and I’m thankful for all those bloggers who’ve helped spread the word. I’m going to be signing copies at BookCon in NYC on Saturday, May 30th if people would like to buy a copy there.


Is there any other advice you'd like to pass on to others pursuing publication? Anything you would have done differently?

Don’t give up! It seems so easy to do so because there are so many roadblocks and so much rejection along the way. However, you only need a few professionals to really believe in your work for it to become a published book. If not this manuscript, then maybe the next one. If you really want to be a published author, you have to fight what’s sometimes an uphill battle. And don’t be afraid to explore all of your options, even self-publishing, if you think it’s right for you.

On the other hand, I wish I would have not gotten my hopes up so much along the way. That seems strange, but the more you think you’re “almost there,” the harder it will be when things don’t work out the way they do in your daydreams. You need to find a balance between realistic expectations and still holding on to your confidence and your belief in your work.


And, just for fun, which book in your own library do you think would be your main character Noll's favorite?
I like this question! Noll actually isn’t an avid reader, but she’s a huge fan of sprawling adventure and action stories, especially those starring young women like her. She’d probably really like Bitterblue by Kristin Cashore because of Bitterblue’s yearning for adventure.


Thank you so much for your participation in this Wednesday Debut Interview!
Thank you!

Buy Nobody's Goddess here!
Posted by Unknown at 12:30 AM