Good evening, all! Here ends another edition of the #OAFlash Fiction contest. 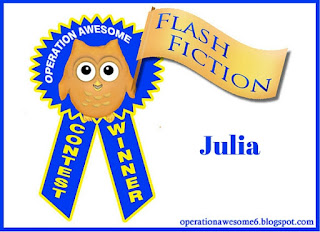 
Long ago when the world was still new, the people of earth revered the Sun, for it chased away darkness and with it the creatures that lurked therein. It was a time before monsters were banished, and held captive in the minds of children. Warriors were trained up, and they prayed to the God’s of their world to free them from the terrible creatures that tormented them in the night.

Many had failed to defeat the witch. The cave was her home, and her children were the snakes that adorned her head in place of hair. The last warrior was sent into battle against her. He was everything a warrior should be, strong, brave, and true. He marched into battle not wielding a sword, but alone with only his mind to save him. For the mind is the greatest weapon anyone can posses.

Entering the cave he peered over his shoulder and slunk into the shadows, whimpering, for while he acted the part of a brave warrior he was truly as scared as the rest.

He prepared his mind picturing his foe, Not snakes…. he imagined. “Please! Not snakes!”

Deep in the cave there arose a scream, and he knew he had won. He raced towards the sound, and upon seeing her he fell to his knees laughing, a deep belly laugh. The snakes were gone replaced by… spaghetti! The witch, no longer frightening or scary had no place in the shadows or darkness, and was banished from the land.

Thanks for stopping by. Tomorrow, I (Samantha) will be kicking off a series on how to book your own blog tour. See you then!
Posted by Unknown at 9:30 PM