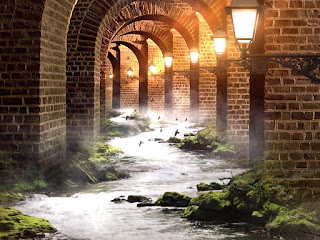 My first novel had flow issues. Other novels I was reading at the time seemed to flow so easily from one idea to the next–like a slinky walking down the stairs, but mine was more like a dollar store slinky–it would make it to the second step and just roll the rest of the way down. I wanted that smooth flow for my book, but couldn’t put my finger on the problem or decipher what made those other books work.

A couple years ago, I took Advanced Fiction Writing with Steve Alcorn--which I highly recommend--and in one of the lessons he presented the Scene and Sequel technique. I doubted him. In fact, I told him how wrong he was and set out to prove it. But, I soon realized, much to my irritation, he was right. Scene and Sequel not only remedied my story flow issues, but has been the technique that has most transformed my manuscripts.

If I were naming this technique I would have called it "Action and Reaction." It’s a way of keeping 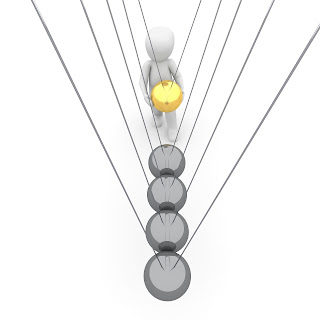 tension and action at a high level, while giving your character a chance to react to what’s going on. In every book there are hundreds of scene and sequel pairs and may be multiple pairs within each chapter.

An individual scene or sequel can be long or short depending on your genre and target audience. It can even be applied in dialogue.

Here’s how it works:

Scene:
After the disaster we give our character a chance to react, which brings us to the Sequel.

This action will lead into the next scene. 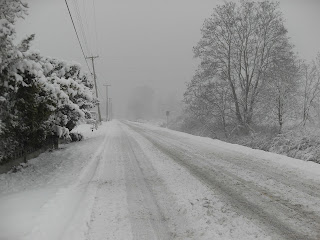 Laura snatched her keys off the kitchen counter and ran for the front door. (Goal) A brisk arctic wind smacked her in the face when she stepped outside. She trudged through knee deep snow to her car, her nose already stinging from the cold. (Conflict) Out of the wind and tucked inside her car, she slid the key into the ignition and gave it a crank. Click. She turned the key again, pumped the gas. Nothing but clicks of automotive death and dim dashboard lights. (Disaster)

Laura pounded her fists on her steering wheel. (Emotion) Not today! She’d been waiting months for this interview. (Thought) She dropped her forehead against the steering wheel. She couldn’t give up, couldn’t let this beat her. (Decision) She grabbed her purse and ran for bus stop. (Action)

Take a piece of your own writing and give it a try. With repeated use, it becomes second nature--the logical way to organize a novel. Check out Crossing the Threshold for a deeper discussion of Scene and Sequel.

Melinda Friesen writes novels for teens and short stories. You can find her first published novel, Enslavement, here. Unfortunately, she is all too familiar with automotive clicks of death.
Posted by Unknown at 8:00 AM