How to Book Your Own Blog Tour, Part 1: Planning Your Tour 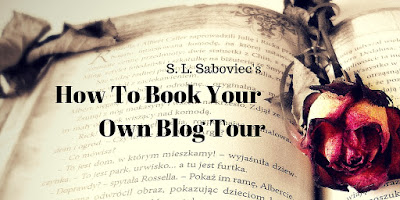 Hello, everyone, and welcome to this week-long series on how to book your own blog tour. On the agenda for the week is:


This is Samantha, and I'm an SFF author with one book out and another on the way. Since I released my first book, I've done three blog tours, two cover reveals, and one release day blitz. (I'm also planning another blitz for April 12, 2016, and if you have a blog and want to be part of it, you can sign up here [left side]. Yes, that was a shameless plug, but I'm also going to talk more about my mailing lists on Day 5, so it's relevant. Kind of. Don't hate me?)

When I published my first book, I scheduled the cover reveal and my first blog tour through a company. However, I've a bit of a control freak--and I'm working with a limited marketing budget--so for the rest, I've scheduled my own.

Be warned: It's a lot of work.

However, there are many good reasons to DIY, and if you stay organized, it will run smoothly.

Usually I don't talk about my non-writing credentials, but since it's relevant for this series of posts, here we go. In my day job, I'm a senior project manager. I've worked in banking IT for twelve years, and I regularly run multi-million dollar projects. Whether you're putting together a book, a blog tour, or a system replacement project, the same principles apply:
The good news is that I'm going to walk you through the first three. Unfortunately, I can't manufacture fun for you, but, like, wear a clown nose when you're doing this or something? Watch some Mindy Project while you're sending out emails? You'll have to figure out what works for you.

So let's talk about your plan.


The things you need to decide are 1) when you want the tour to run, 2) what you want to contribute to the blogs, 3) whether you want to do a giveraway, and 4) how many stops you want to make.

My July 2015 blog tour ran for two weeks and had eight stops.

My October 14, 2015 cover reveal ran for one day and had fourteen participants.

When Do You Want the Tour to Run?

The "when" is pretty straight-forward. In the case of my July blog tour, I picked a two week period, and when I invited bloggers, I let them choose their dates within that range. As you can see from my tour page, not all the dates were filled, but that was OK with me. I was also doing a 99 cent promotion, which I advertised on Book Gorilla (ok results), eReader News Today (pretty good results), and some others that didn't net to anything (so I won't link them).

Make sure you plan your tour well in advance. It will take a while to send out requests to book bloggers--unfortunately, there's no "mail merge and send" option. Because you want this to be successful, you're going to pick through blog lists and individually email bloggers.

October Cover Reveal Stats:
As you can see, just because you get a "yes" doesn't mean they'll pull through. I targeted to send out about 25 per week. It doesn't sound like a lot, but it is--but more on that tomorrow.

What Do You Want to Contribute to the Blogs?

In the case of a release day blitz or cover reveal, what you provide is easy and far less work because you're only creating one post for everyone.

However, in the case of a tour, you have to decide: Are you going to do a guest post? Excerpts from your book? Deleted scenes? Something themed? Any old random thing? Decide ahead of time so you can communicate that to the bloggers you're inviting. And I highly recommend a unique post per blog, which means you can cross-promote effectively. If it's the same post everywhere, people aren't going to go to other blogs, which works for a release blitz but not a tour.

For my stops, I did a combination of guest posts and deleted scenes. Some of the bloggers had specific ideas of what they wanted. For instance, Amaryllis at The Opinionated Woman wanted me to review something, and I picked a book I'd just read, Starship Troopers. Others, such as our very own Operation Awesome, of which I wasn't a member yet, wanted something in a theme--in that case, writing-related--so I wrote about a technique I use to flesh out characters. Others were open to anything, so I gave them deleted scenes.

Do You Want to Do a Giveaway?

Giveaways can be whatever you want--books, amazon gift cards, swag, pet lemurs--but don't forget that you have to get everyone their prizes after the tour. If you're giving away Physical Stuff In The Real World, you need to decide if it's open internationally or not. (Postage isn't free!)

You also need to decide how much stuff you're giving away. If you're doing a giveaway per blog, that's great! People love to enter giveaways! They'll hop around to all your stops! However, that means you have to do more organization both before and after.

I didn't do giveaways as part of either example I'm using, but I have in the past, and I recommend Rafflecopter. It's free and easy, although you still have to package up and send out the pet lemurs yourself.

How Many Stops Do You Want to Make?

This isn't quite as straight-forward as it might sound, and it's closely tied to the previous decisions. The more you plan to the do, the more work it's going to be. I mean, duh, obviously, but you really have to think about this.

If you're doing a unique post per stop, that's great! Bloggers love unique content! You'll probably entice more to participate! However, that means you have to write as many unique posts as there are unique stops. If you give yourself plenty of time, you can crank out 20 blog posts in the weeks leading up to the tour. Just be sure that you're prepared to do that much writing and editing and emailing.

My biggest problem? Coming up with interesting ideas. There's a reason I'm on a shared blog where I do more regular things like the flash fiction contest than blogging. But if you're someone who can crank out ideas, you'll have no problem with multiple tour stops.


Hopefully I've impressed upon you the importance of planning this in advance. Things will always arise that you haven't thought of, but make sure you've decided how you want everything to go. In the words of Yogi Berra, "If you don't know where you're going, you'll end up some place else."

Tomorrow we'll talk about the actual recruitment process. I have some secret lists of book bloggers that I'll share from my secret repository of secret things.

Just kidding, they're not actually secret.

If you have questions for me, I'm happy to answer in the comments section. 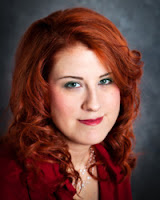 Great advice. Thanks for this, good to have it all laid out like this.

Thanks, glad it's helpful!

Thank you for this excellent information.

You're welcome. Thanks for stopping by!

I was impressed with your preparation and execution of your blog tour. I can tell it was a lot of work. Your guest post on my blog is still in the top 5 of the most visited blog posts on my site.

There's a chance you are eligible for a complimentary $1,000 Amazon Gift Card.

Thank you so much for this it was really helpful!