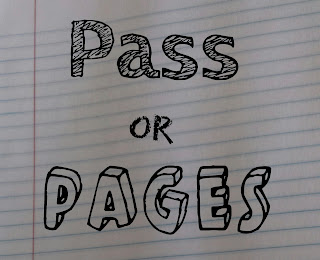 A peek into what goes on in an agent's mind as he or she reads submissions is a very valuable thing, which is why the team here at Operation Awesome wanted to give Pass Or Pages a try. We hoped everyone participating and watching would get something out of it that would help in their writing, whether it be how to craft a compelling query letter, or something they could do to improve their first page. As a contest organizer and observer, here's what I learned:

We hope you out there in reader-land found something useful from this round of Pass Or Pages. We'll host another one, with a different category and genre, sometime in the spring. Follow us on Twitter (@OpAwesome6) so you don't miss out!
Posted by Kara Reynolds at 6:00 AM

Email ThisBlogThis!Share to TwitterShare to FacebookShare to Pinterest
Labels: Pass or Pages