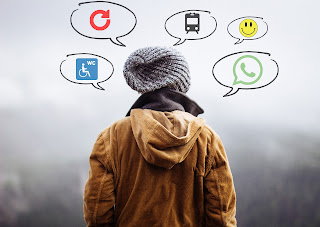 Novel titles are not my strong suit. Writing 80,000 words—no problem. Coming up with a couple words to encapsulate those 80,000 words—huge problem. Titles present a ton of pressure. The title must hook the reader, stand out, look good on a book cover and reflect the tone and themes inside those covers.

Think of your favourite books. The title is part of what makes them awesome. Would The Hunger Games have caught on if it had been called The Volunteer? Or if The Fault in our Stars had been called Augustus and Hazel’s European Vacation? Title are important. The pressure!

A couple years ago, I wrote a blog post about my novel-naming woes called, “No Name Novel.” I wish I could say that in those years I somehow mastered the art of titles, but it’s just as much of a struggle as ever.

So when my publisher approached me and asked to change the name of the second book in my One Bright Future series, I wasn’t surprised. The first book, originally titled The Enslavement of Rielle James, was trimmed down to Enslavement. I’d given the second book the working title of Captivity, which had grown on me as I worked through the edits.

A new title was suggested, but I wasn’t keen on it for a number of reasons. I did an Amazon search to see how many other books had that title or something similar. There were a lot! So, rather than coming back to my publisher and shooting down their idea, I decided to put together a list of titles I could live with. I brainstormed on my own, then with some writer friends. When I’m serious about brainstorming ideas I like to write them on my hand and wrist. Don’t ask me why. 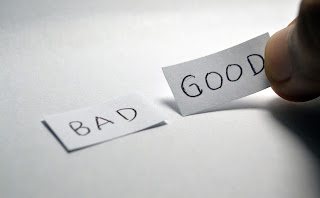 So, with a list of about 15 titles scrawled on my skin, I narrowed it down to three. Writers are word people, so to me, each title word not only had a unique definition, but had nuances, undertones and a shape (dull, sharp, round, jagged) that played into my decision.

I presented my reasons for not wanting their suggestion along with the short-list of my suggestions to my publisher. After some back forth via email, we settled on the new title. It’s taken some getting used to and some habit breaking, but I’m thrilled with this new moniker. What did we agree upon? Book two in the One Bright Future series will be called Subversion. And it’s the perfect title for this book. 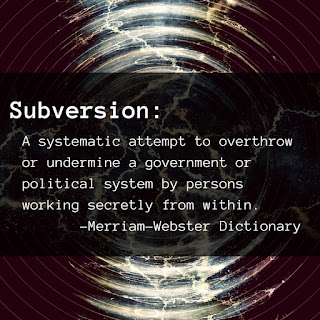 * * * * * *
Melinda Friesen writes novels for teens and short stories from her basement in Winnipeg, Manitoba Canada. Presently, she's trying to pretend there's something outside besides snow and ice.
Posted by Unknown at 9:12 AM