1- Which Hogwarts house would the hat sort you into?

I've actually taken the sorting hat test on Pottermore (because I'm a HUGE Harry Potter nerd) and I can proudly say I'm a Hufflepuff! I'm super excited about the Fantastic Beasts series since Newt Scamander is a Hufflepuff too.

2- You recently took part in Raimey Gallant's Nano Blog & Social Media Hop. Was it an enjoyable experience? Did you learn anything from it?

It was fun! A LOT of work, but fun too. I've been able to meet some amazing writers who I might not have met otherwise, so it's been a great experience. It's also taught me a lot about how other authors converse with their readers. Readers are so important and I love mine so much, but even on social media, it can be a challenge to not be the awkward kid in the class bumbling their way though human interaction.

The short version: I'm a writer because my mother said I couldn't.
Slightly longer version: when I was 6, I butchered a story I told my mom (leaving out important details, telling things out of order, etc). She laughed after all the confusion and I took it as a challenge to my obviously stellar story telling abilities. I lived and breathed stories after that. What I didn't realize was that I would fall in love with it.
I suppose this would prove that I can be blindly stubborn, but often end up in the right place anyway.

4- I found this share on your Facebook page to be very interesting. Could you describe the color blue to someone who cannot see it?

That's so tough! Hmm, let me think. I would say it's a cool but rich color. Not icy. It's akin to if slow jazz were a color - smooth and rapturous but not fully becoming a part of your body. It's the color of your soul in active peace.
Reading back over this, I probably sound crazy! Lol

5- What ignited your passion for writing?

I took a screenwriting class in college that completely changed the game for me. I had story ideas and wrote a bit before, but during that class, I couldn't get enough. I honestly believe it affected me as much as it did because for the first time in my life I was in a room full of writers and the conversations and ideas flowed in a whole new way for me. I'd bring in my work and hear their responses and that feedback turned writing from this completely solitary self-edification into a living, breathing experience I could share with others.

6- Did you have any New Year's Resolutions?

I honestly have too many! But my main goal is to take more time for self-care. I tend to burn the candle at both ends until I'm forced to not do anything at all - usually for health reasons. I know that if I want to do all the things I've dreamed of doing, I'm going to have to strike a balance.

7- Do you have a fun story to share with us that illustrates a time when a benefit of being a published author came to light for you?

It got me out of a partial day at work at my day job! I usually keep a low profile at my office, so only a few people knew I was published. One of those people had purchased a copy and wanted me to sign it...which drew the attention of the rest of the office. Everyone was asking me about my book - what it was about, where they could get it - and it took quite a while for things to settle back down again. I felt like quite the celebrity for a bit.

My good friend and author buddy Jessica Calla has been the biggest fan and champion of ON THE WAY TO SIMPLE. She has been incredibly supportive and I can't thank her enough. I think the thing she loves most is also the thing she hates most! Without spoiling anything, I can say there's a real rip-your-heart-out-and-serve-it-on-a-platter moment that, based on feedback, has me thinking I should sell Kleenex with each copy. I would also be remiss if I didn't include my husband J.P. Dailing (also an author). It was a seriously rough journey writing this novel and he was there cheering me on the whole way.

9- Houston is an amazing city. Do you have a fun picture or two you can share that's really "worth a thousand words" about that part of Texas?

Here's a couple. Most of our time is spent dealing with weather craziness, the rest is spent at Whataburger: 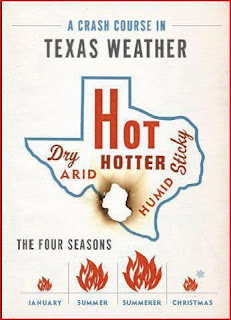 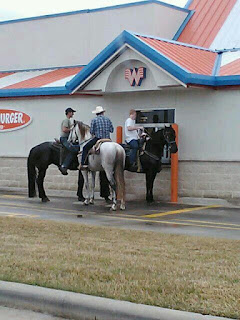 I hope this story will help readers see through the eyes of someone who is labeled a control freak. Oftentimes, we look at these people and think they have deemed themselves gods who selfishly manipulate everyone's lives for their own benefit, but that's not always true. Some people just have scars so deep that they would do anything to prevent getting hurt like that again. It's selfish, sure, but it's really closer to fear.
For the scene I hope most resonates, I honestly couldn't say. I've had surprising reactions from my readers when they've told me their favorite scene, but that makes an interesting sort if sense. We all have had different life experiences, so it's only logical that different scenes would resonate with different people. I would say the one that hits me the hardest is when Dakota's father makes her confront her old wounds. It's such a difficult scene for her but their relationship needs it so badly.

Dakota's derisive look of pursing her lips happens quite often, but what's fun is when those in her life use that face against her during her not-so-bright moments.

12- Do you have a favorite Eos lip balm?

I don't have a favorite yet, but I'm working on it! I want to try a few more flavors before I pick, but I'm always a sucker for vanilla. A friend turned me on to them recently and I just love it.

13- Is there any diversity we can look forward to in your book?

Yes, there is some. Dakota's best friend Kaylee is African-American, her father has a disability, and she herself is dealing with anxiety issues/attacks.

14- What is your favorite game night game to play?

Dakota probably has the biggest contradiction. She is both stubbornly sure about everything yet questions every move she makes. Most of the time, it's because she thinks she knows what she wants but ends up being completely wrong. Her fear-driven logic is at odds with her desires and passion.

I have so many answers for this, but I'll try to keep it brief. I would say the MOST motivating thing is a recommendation from someone I know and trust. If a friend disliked a book, that wouldn't keep me from reading it, but it would make me think twice. But they would have to REALLY hate it for me to start questioning it.
Also, if the story or characters pique my interest, like it's an interesting take on an old trope or has diverse characters - especially if it's people I don't know much about, then I will mostly likely add it to my tbr.
I enjoy reading most when I get to see through different eyes. To be honest, I think that's the most important aspect of reading. How amazing is it that we get to step into someone else's shoes, if only for a few hundred pages?

I decided to go Self-Published because of creative control. I came from film, as a writer and script supervisor, and I had to watch some incredible stories get torn apart - often not for the better. But the writer had no say at that point. I promised myself I wouldn't let that happen to my stories. Don't get me wrong, I'm not saying I write as an island because that would be terribly stupid on my part. I have editors and beta readers all giving me notes and critiques, pointing out what works and what doesn't. It's too easy as a writer to gloss over problems because our heads are full of the world we've created. We know all the answers to the questions, but the reader doesn't. When the notes come in, though, I want to make sure the questions are answered by someone who has been living in this world, rather than someone on the outside of the snowglobe who's looking to patch it.

18- Did you ever have a life plan like Dakota does, and how has that worked out for you?

Boy have I! I tend to fall into the trap of rigid planning when I feel like my life is mostly out of my control, which is completely ridiculous because most of the time most of our lives are outside of our control. Plans can often be illusions of stability. Not that they're not important and even necessary at times, but leaning on them to the point of inflexibility is where we get in trouble. For the plans in my life that I held on as tightly as Dakota does in the story, it usually ended for me about as well as hers did.

I would love to find out what makes your readers give a new book a try, and what's the aspect they love most about reading.

And here is the blurb for ON THE WAY TO SIMPLE:

Dakota Ames had everything under control, or so she thought.
Ever since her father's accident on duty as a fireman, she promised herself she would always have a plan. Life couldn't throw her a curve anymore.
That is until her best friend Alex enlisted in the Navy.
This couldn't happen. It wasn't part of her plan. She hadn't even worked up the nerve to tell him she loved him. Alex was wrong to go and she was going to prove it.
But when she meets Will, one of Alex's fellow recruits, she finds that things aren't always so simple.