J Lenni Dorner of the Lenni-Lenape tribe welcomes Kate Hart of the Chickasaw Nation to this Debut Author Spotlight.


1- Where did you learn to do embroidery?

My mom taught me cross stitch, and my grandmothers taught me how to crazy quilt. I figured out the rest from there on my own.

2- How will you measure your publishing performance?

I honestly don’t know. I always aspired to be a writer as a kid, and read like the library was on fire. My ambitions changed as I grew up, but I always knew in the back of my head that I was a writer at heart.

4- How has being from of the Chickasaw Nation impacted your life?

Growing up, I just knew that we were Chickasaw and Choctaw, but didn’t have much idea of what that meant. My immediate family is estranged from the relatives in that line, so I’ve had to build my knowledge through research (good thing I majored in history!) It’s a struggle to figure out what I’m “allowed” to claim as mine in the present, so rebuilding our story and how we got here is the route I’ve taken so far.

5- Can you share a picture of a treehouse you built?

I mostly do marketing tasks for the business, but I did help to put the floor in this one. 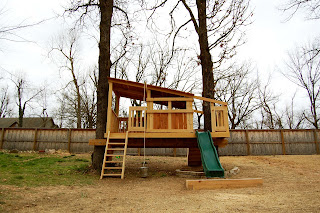 I accompanied some friends to the LA Times Festival of Books one year, and happened to be hanging out in the Green Room when Billy Idol and LeVar Burton walked by. I didn’t embarrass myself but I didn’t exactly keep my cool, either.

Follow up question! Did seeing LeVar Burton cause a "Reading Rainbow" flashback?


I had actually just seen him speak at my local library a few months prior, so I was mostly trying to gauge "Can I approach him and thank him for all he's done?" (The answer was definitely "No, be cool, Hart.")

My friend Jennica Schwartzman, who’s an actress and producer, has been a huge supporter of the novel – she even included it in her last movie. I know she likes the setting a lot (it’s based on my hometown, where her husband Ryan and I became friends in junior high), but she’s also had kind words to say about the ways it explores different kinds of feminism and what consent really means.

8- What was the first concert you attended?

My poor mom took my sister and me to see New Kids On The Block in the late 80s. The first concert I got to attend on my own was Pearl Jam in 1993, right after Vs. came out – my best friend won tickets from a radio station, and it was definitely a formative experience of our young adulthood.

I don’t care about emotions so much as making people think, but I hope that the final scene leaves people feeling like there’s hope even life’s most heartbreaking moments.

I had a lot of fun coming up with weird things for Trenton Alexander Montgomery the Third to say. He was a character who appeared in the novel’s rewrite and he definitely added some much needed levity to the story.

11- #DiversityBingo2017 What's your favorite book that covers a square on the card?


MC of color in SFF: Certain Dark Things by Silvia Moreno-Garcia.
I had a hard time finishing any books in 2016, but I raced through this one in a single evening. Indigenous! Latinx! Vampires!

12- Which character has your favorite Personality Contradiction?

Andrew’s combination of slacker + secretly smart and sensitive dude is probably my favorite.

Word of mouth. When multiple people whose opinions I trust recommend it, I know it has to go on my TBR.

14- How did you come up with the character name/ spelling for Raychel?

I actually have a friend named Raychel, and at some point when I was looking at her name, “Raychel with a why” popped into my head. That turned into “Raychel with no why,” which became a line in the manuscript… which later got deleted because it was too melodramatic. But the name stuck.

15- What is one discussion topic which you would like the readers of this interview to remark on in the comments?

16- Anything else you would care to share about your book and yourself? 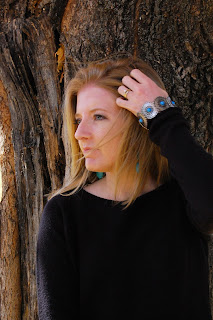 Kate Hart is the author of AFTER THE FALL, a YA novel coming January 24, 2017 from FSG. She is a citizen of the Chickasaw Nation, and owns a treehouse-building business in northwest Arkansas, where she resides with her family.


“Seventeen-year-old Raychel is sleeping with two boys: her overachieving best friend Matt…and his slacker brother, Andrew. Raychel sneaks into Matt’s bed after nightmares, but nothing ever happens. He doesn’t even seem to realize she’s a girl, except when he decides she needs rescuing. But Raychel doesn't want to be his girl anyway. She just needs his support as she deals with the classmate who assaulted her, the constant threat of her family’s eviction, and the dream of college slipping quickly out of reach. Matt tries to help, but he doesn’t really get it… and he’d never understand why she’s fallen into a secret relationship with his brother.
The friendships are a precarious balance, and when tragedy strikes, everything falls apart. Raychel has to decide which pieces she can pick up – and which ones are worth putting back together.”