Top Ten Reasons Why YA Is Awesome: Guest Post By Kate Hart!!

So. There's this group called YA Highway. And they're awesome.
Kate Hart, a YA author and member of said awesome group, has graced Operation Awesome with her presence. And awesomeness.
But don't take my word for it. I'll let her show y'all herself.
Take it away, Kate!!

TOP TEN REASONS WHY YA IS AWESOME

2) Stuff Actually Happens
I’m not knocking the great esoteric tomes of the Western canon. I’m just saying, plot = good, and some of them are lacking in that department. In YA, even the literary variety, navel gazing is kept to a minimum, and plot momentum to a maximum.

3) You’re Not Alone
(or, alternately, You Think You Have It Bad? Here. Have Some Perspective.)
Afraid you’re the only one who hasn’t gotten her period? Judy Blume has you covered. Ashamed of masturbation? Judy Blume again; see also: Sherman Alexie. Recovering from rape or eating disorder? Laurie Halse Anderson has your back. Missing a deceased loved one? Jandy Nelson is your girl. Reeling from the suicide or death of a friend? Go see Jay Asher or A.S. King. Scared of bullies? Courtney Summers will help. Out but not-yet-proud? David Levithan and John Green are waiting. Concerned that something’s wrong with you because you *gasp* like sex? Read some Kody Keplinger. Alienated from your family? Check out Veronica Roth. Think you’re the only person in the world who hasn’t been kissed?


Hey, even Harry Potter stressed over that one.

And guess what, folks: There are plenty of adults still grappling with these questions, or finding with relief that they weren’t some kind of teen deviant.

4) YA: Leaping Tall Buildings In A Single Bound!

YA is the current superhero of publishing. It’s keeping some prints afloat—and giving Hollywood an alternative to yet another tired remake.

5) A Chance To Force Your Morals On Young, Unsuspecting Minds
Just kidding. Don’t do that. Seriously.

6) Real Life Is Boring Sometimes
But YA lets you visit alternate universes. You want vampires? We got vampires. You want werewolves? We got werewolves. You want faeries, witches, ninjas, mermaids, ghosts, angels, demons, wizards, zombies, past lives, time slips, or children battling to the death? You’re in the right place, and while some of them are just having fun, some of them are subtly taking on questions of morality and human existence.

7) You're a Neo Maxi Zoom Dweebie
Courtesy of author Kathleen Peacock: YA is awesome because “it’s the only section in the bookstore where all the genres party together. It’s like The Breakfast Club.”

8) Fan-tastic Voyage
Friendships, marriages, and sometimes lifelong enemies are born of the fandoms that spring up around YA novels. We agonize over the sociopolitical ramifications of Hunger Games casting. We made “Team So and So” a household term. We stick our kids with horrible names like Renesmee and Draco. The “Harry Potter Generation” has gotten Quidditch recognized as an actual sport on college campuses, people. YA fans are not to be trifled with.

9) Being A Grown Up Is Overrated

Everyone talks about YA as an escape for soccer moms and cat-lady spinsters, but I don’t think that’s it. At least, that’s not all of it. We’re all trying to make sense of the choices we made in younger years, to forgive ourselves for mistakes and live up to the ideals we once cherished. Reading YA makes me remember what once mattered the most to me. It helps me assess which of those dreams were worth hanging on to—and which ones I was smart to let go.

10) Such a Nice Neighborhood

The YA community is nothing short of amazing. Raise thousands of dollars for charity? Where’s the challenge in that-- let’s do it several times over! Need encouragement? Head over to Absolute Write or Verla Kay’s Blueboards and meet your new best friends! Have a question? Ask Twitter and get great answers!

In fact, I put this question to the YA Twitterverse, and I will leave you with their great answers.

YA is awesome because…

... it is full of hope. @MirandaKennealy
... being a grown-up is overrated.  @AlysonCGreene
… because the books are fun to read AND meaningful, and because the YA community is just so fantastic. :) @Caitlin_Renata
…. because when I see my younger cousins I know they're ransacking through my bags for books and not money #halfkidding #ihope  @KOrtizzle
… because YA books= books in which STUFF HAPPENS. @LRothCulli
… because it's more fun than real life. @Fussymonkey2
… BECAUSE IT'S AWESOME. @JodiMeadows 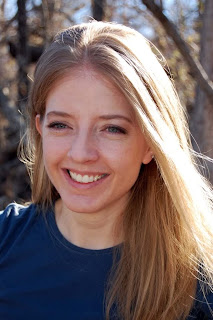 Kate Hart is a history nerd YA writer, represented by Michelle Andelman of Regal Literary.
She has two little boys, an oversized garden and a fairly strong Southern accent. You can find her at her website, Twitter, or YA Highway.

Loved this, loved this, LOVED this! You're right--there's pretty much a YA book for everything. :) I heart Kate Hart!

YA Highway is one of my favorite blogs. So yay for having Kate Hart here.

This is just excellent!! Is that James Vanderbeek? Omigosh - too funny! I love the kissy face. :)

You hit some of the wonderful reasons I love, read and write YA. I hope to see this genre hold strong for years and decades and millenia to come. Thanks!

Thanks for having me, OA, and thanks everyone for the comments! Lin, so glad you like YA Highway, and PAM HARRIS I SO HEART YOU TOO.

THANK YOU, Kate, for being with us today!!

And yes, that is James van der Beek. He rules :)

Not only is this a great article, it is also one of the best uses of Van Der Memes I've ever seen. :)

Love it! And man, James van der Beek must have no self-consciousness to speak of. :)

Kate, this is great. The YA section IS like The Breakfast Club. I'm proud to read and write YA.

And I would add, YA is so strong and creative right now it's teaching a lot of young minds a love for reading.

oh man, this was amazing.
and though I was not a dawson fan (team pacey), I must commend the awesomeness of the actor.