Wish Upon a Star by Michelle Mclean,
Published by Entangled Ever After
Release date: Sept 30, 2013
Cover coming soon!
Ceri McKinley never stopped wishing that her ex-fiancé Jason Crickett would come back into her life. But when he finally does, he comes with a request that puts them both--and all of humanity--into jeopardy. Jason only wants two things: to bury his brother properly and to convince Ceri to trust him again after he jilted her. But when Ceri agrees to help him get his brother back, they end up fighting for their lives as the second zombie uprising threatens them all.
PRE-ORDER NOW!
Amazon - http://www.amazon.com/Wish-Upon-Entangled-After-ebook/dp/B00F1REB5M/ref=sr_1_5?s=books&ie=UTF8&qid=1378900858&sr=1-5 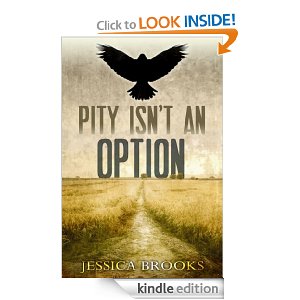 Seventeen year-old Jonas Norton is trying to come to terms with what his blood disorder has robbed from him, including his two most favorite things: basketball, and competing in Hatchet Racket, Wanless' annual hatchet-throwing contest.

The facts that his father works constantly to pay for his blood tests and Jonas can actually see the disappointment in his eyes for being such a failure only make matters worse. And even worse than all of that? Jonas' own twin brother, Micah, is perfectly healthy and becoming quite the basketball player himself. Also, Hattie, the girl Jonas has loved for forever? She has no idea how he feels.

Sixteen year-old Hattie Akerman lives down the hill from Jonas. Though her father, Heath, tries to hide his lack of mental clarity behind the bottle and she's pretty much given up on having any kind of relationship with him, she would still rather her younger sister, Lucy, not have to deal with the consequences of his behavior. Hattie helps her mother by baking food to sell at Market and looking out for Lucy.

No matter what the rest of the town says about her crazy father, Jonas sticks up for them. He is, by far, her very best friend.

As if things aren't complicated enough already, Heath and Micah are unexpectedly drafted into President Kendrick's army (an army from which no one ever returns) just days before Thanksgiving.

When Heath disappears instead of arriving at the Meeting Place to check in, Hattie and Jonas decide they've had enough, and take matters into their own hands. And though nothing could have prepared them for what happens next, Hattie and Jonas learn that hope can be seen in every situation. You just have to know where to look.
ORDER NOW!
http://www.amazon.com/Pity-Isnt-Option-Jessica-Brooks/dp/1482685779/ref=sr_1_1?ie=UTF8&qid=1379126657&sr=8-1&keywords=Pity+isn%27t+an+option 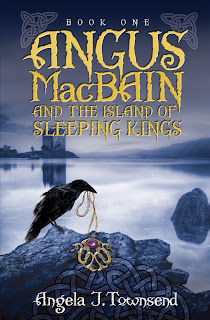 Pre-Order Now!
Angus MacBain is unaware that his ancestral roots hail from an ancient sect of Scottish kings. When his dying grandfather gives him a dragon pendant, thirteen-year-old Angus learns of a legacy that will take him across an ocean to the island of Iona and thrust him into a heritage he did not know he had. He soon discovers that his mother, whom he had believed dead, is really a seal fairy, in hiding from a dangerous enemy. To save her, Angus must undergo a perilous journey of destiny and power to battle an evil Dacian knight and those who serve him. With only his family shield and the advice of a wizened vampire hunter to protect him, Angus must navigate dangerous terrain and dark enemies, in a land where the past and the present mingle, and sleeping kings wake.