Old English and Other Sins

One of the things that makes me cringe when I read my early writing is my inflated language and tendency to overuse adverbs.

Instead of saying, "He shivered," I might instead write, "Without thinking, he shivered unwittingly, sending a chill up and down his spinal cord."

For some reason, and I think this is fairly common, I believed that the fancier the language, the better received the work would be. I had excellent English teachers who encouraged me to choose strong, straight-forward words rather than flowery prose. Still, I managed to...

insert within my initial manuscripts verbosity fit to rankle even the most patient, longsuffering, and nurturing of English teachers.

See what I mean? I think it comes also from reading too much. Can you read too much? Probably not in general, but if you read too much of the classics, or of fairy tales, or of anything old, you're likely to run into the same problem I had: a propensity toward flowery language and grotesque verbosity, the likes of which are rarely seen this side of 1800. 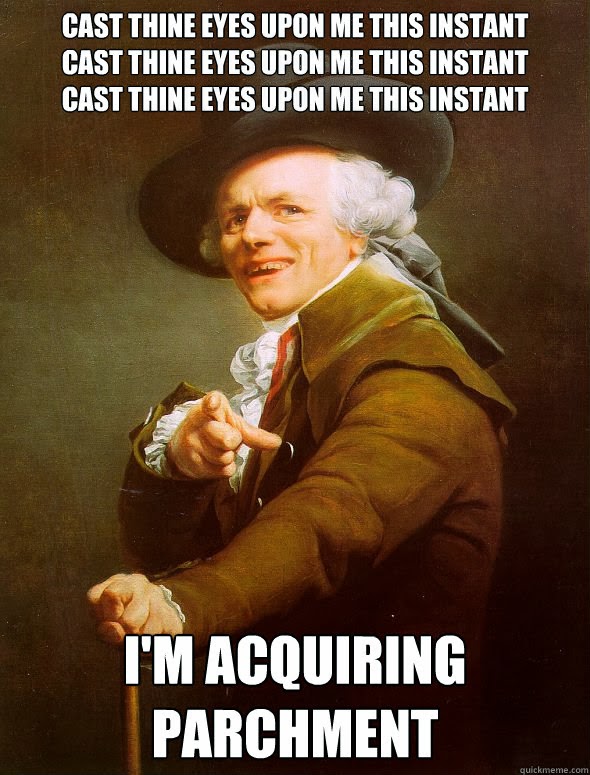 Sneaky little, old phrases and usages may find themselves squashed between your more modern lines of dialogue... like, "Upon seeing her, he ducked behind the conveniently located gumdrop barrel." Or maybe... "Initially he stiffened before softening under her magnanimous touch."

Now, I'm not saying these are wrong ways of writing. I'm simply saying they are a very specific style of writing, and as writers we need to be careful our style of writing is conducive to the genre and age category. If you're writing regency romance, for instance, ignore this post entirely. Or go laugh to yourself about how liberating it is to use the word "thine" without having to mask it with irony.

But if you happen to write for kids, consider conscientiously filling your own mind with kid speak so that what seeps out when you sit down to write is more... palatable to your chosen audience.

What do you think? Have you ever read an old classic and wished children's writers still wrote like L. Frank Baum or Lewis Carroll?
Posted by Katrina L. Lantz at 12:05 AM