1- Welcome! Can I get you a Kentucky Bourbon or a cosmopolitan cocktail?

As much as I would love either, I have to decline on the alcohol. Better stick with 2% milk and Ovaltine. The most metal of beverages.

2- Did you set out with the intention of writing a book that passes the Bechdel Test, or did it just happen that way?

I wanted to write something about women making art - for themselves, for each other - so I suppose it was one part intention and one part necessary accident. One of the toughest implicit (and often explicit) barriers to women making anything is the issue of agency, the sense that you are the authority of your own body of work. The Bechdel test is, essentially, about that sense of agency. I’m happy to have made something that passes the test.

Since childhood, I have habitually talked to myself, telling myself stories. I remember doing it as a kid and hearing family members comment on it outside the room: “Sissy’s talking to herself again.” “Yeah, she does that.” I didn’t know it then, but it was the beginning of narrative construction: of world building. That was the beginning of writing, for me. I went to a reading once and heard a young novelist talking about doing the same thing, and it was a revelation moment for me: “Oh God, me too. I do that, too.”

Probably the hours of reading I put away as a child. I was a fat, awkward kid who was rotten at sports and rotten at school but who loved to read, and read like her life depended on it. Stories have always been a refuge for me, a way of figuring out a world that was oftentimes scary and isolating. It was only a matter of time, I suppose, until I started trying to transfer those stories to paper.

5- Do you have a fun story to share with us that illustrates a time when a benefit of being a published author came to light for you? 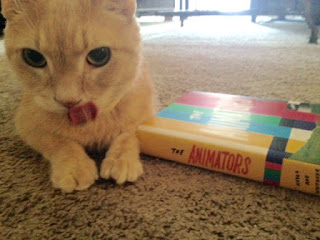 Seeing my book in print for the first time was lovely and surreal. That was the most striking blessing – to receive the hardcover of The Animators in the mail, just last week. I will never forget opening that package and seeing the actual, gorgeous object. Of course, I put it down on our coffee table and my cat immediately set about trying to eat it, which was when the moment ended. 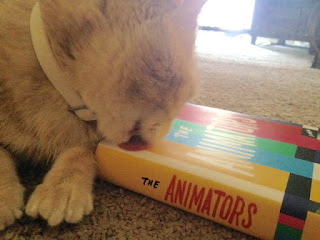 My husband. He’s fond of the fact that I used the term “waspers,” at one point, instead of “wasps,” which is a real Kentucky thing. Mel also makes reference to feeding marshmallows to the alligators during her childhood in Florida, which is something my husband used to do during his childhood (a detail used with his permission, of course). He got a kick out of seeing those details surface in the fiction. It probably doesn’t hurt that the book is dedicated to him.

8- Can you share a picture of NY and one of KY? 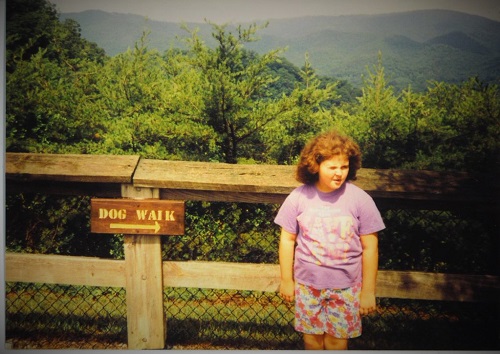 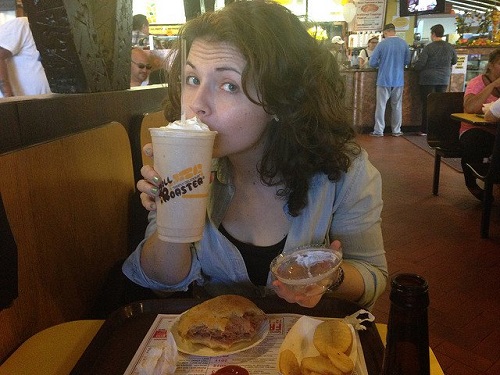 Renewed faith, I hope, in the beauty of which we are capable, not only through persistence and vision and work, but in terms of what we are capable of doing for one another in the name of friendship. It’s rare for someone else to really see you and to say, with certainty, “I see you as you are. I recognize your struggle.” That Sharon and Mel can do that for one another is rare and redeeming. There is one scene that comes to mind in which Sharon is hospitalized and Mel, to keep her company, tells her this ridiculous story from her childhood about learning how to spell obscenities with her Lite Brite – all while clipping Sharon’s toenails. That image is, in many ways, the book’s core.

For Sharon and Mel – it would be the calluses on their hands. They’re career cartoonists. Their calluses rival those of professional guitar players and manual laborers. You could bounce needles off the callus pads on their thumbs: no puncture, no blood. Their life’s work is written all over their hands.

11- #DiversityBingo2017 Which squares does your book cover on the card?

We definitely have a main character with an underrepresented body – though the fact that a size 14 is underrepresented is beyond ridiculous. Main character Sharon experiences a stroke at age 32 in the book, and so deals with chronic pain throughout. Both Sharon and Mel struggle with hidden mental health disabilities, particularly depression and PTSD. Mel and Sharon moved through school early enough in the late eighties/early nineties to miss the benefit of neurodiversity recognition, to their disadvantage, perhaps. Though the book is not in Mel’s voice, she is an obvious candidate for an ADHD diagnosis.

12- Which character has your favorite Personality Contradiction?

Sharon is depressed as hell. Her misanthropy, at times, stuns me, and I invented her. But she is funny, man. Really funny. I suppose that’s not an entirely uncommon combination – humor as indicative of a somewhat dark internal life.

My failproof method – and it’s easiest to do this in an actual bookstore – is to pick the book up and read the first ten to twenty pages. That usually gives me what I need to know. The last couple of books I bought because I liked the first ten were The Red Car, by Marcy Dermansky, and The Life and Death of Sophie Stark, by Anna North.

I’m happy we live in a time when publishing allows for three or four routes instead of just one. I knew from the beginning that I did not want to sell my book unagented. I knew I needed an expert. For the record, my agent, who is wonderful, found my manuscript in the slush pile – so take heart, writers, the slush pile works. That decided my publishing path. I’ve loved being at Random House. I’ve gotten to work with an amazing group of people who love my book as much as I do. I feel extremely fortunate.

15- What's your favorite charity or charitable cause?

16- What discussion topic would you like the readers of this interview to remark on in the comments?

That of women and agency. Women are still conditioned, from girlhood, to assume a passive stance in their own lives, to live as the ones told rather than the ones telling. I would go as far as to say that for a woman to develop a project of any kind is to move against her conditioning as female. The concept of women as authorities over their own work, claiming the narratives they have created without interference, is an important one, and one that relates to the claim women should have over the rest of their lives: politically, socially, personally. I hope we’re progressing. I hope we’re moving beyond teaching women silence.

Because this is such a visual book, I’ve become really fond of using Instagram (https://www.instagram.com/kaylaraewhitaker) and Tumblr (https://www.tumblr.com/blog/vaughtandkissescartoonreel) to start up the Vaught and Kisses Cartoon Reel, filled with our favorite animated shorts. This is unusual, because I typically find social media difficult and scary (Facebook, in particular, gives me the shakes). I feel like an actual Millennial now!

I loved this interview and the story sounds fascinating. I'm all for some "renewed faith"...