1- What is your favorite reality tv show and why?

My all-time favorite show is Paradise Hotel, both because it was so deliciously trashy and because the rules constantly changed. A lot of the elements of that show found their way into The Fishbowl.

2- Would you share a picture with us of your two furry little beasts with your book? 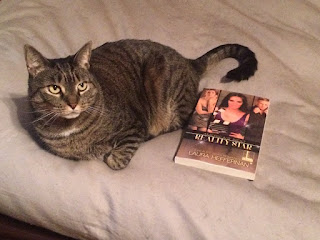 The only way I could get both cats together in a picture was to sprinkle catnip on the floor. Unfortunately, they then decided they’d rather lick the floor than look at the camera (or pay any attention to the book). But I did get this gorgeous picture of Cat 1.

I’ve had a passion for writing since I was a little kid. My parents got a computer when I was 4 or 5, and I couldn’t wait to sit down and start writing stories. Over the years, in the back of my head, I always thought about writing books. It was on my honeymoon a couple of years ago when I realized there was no reason to wait any longer before committing to finishing a book.

4- This question might be inconceivable... but what is your favorite quote from The Princess Bride? 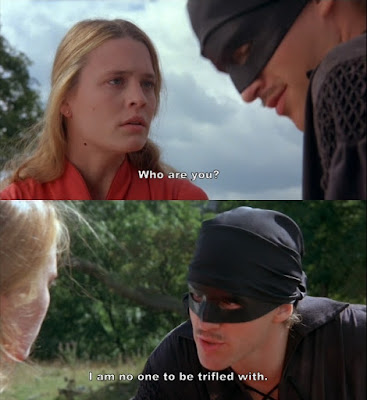 “Who are you?”
“I am no one to be trifled with. That is all you ever need know.”

I just find that, of all the quotes, this is one I can most frequently work into a conversation.

Short term, I’d like to make it through the release without having a breakdown. Long term, the ultimate goal is to be able to share my stories with the world without needing the security of a day job. Whether that comes through a winning lottery ticket or book sales, I’ll be happy.

I often think my biggest fan is my agent’s mom. She hasn’t read any of my books yet, but she was the first to buy both when they went on sale. The first to request a signed bookmark. And she’s always sharing my events, RTing my posts, and otherwise showing how much she cares.
My mother-in-law is a huge fan, too. She ordered two copies in case she meets someone who doesn’t have one yet. (She lives in Canada, so it’s likely not everyone she knows will rush out to buy it the minute it’s published.)

17Scribes founder Kellye Garrett is my agent sister. We were both on sub for a long time, and we got to know each other very well. When we wound up getting contracts around the same time, we started talking about the support groups for YA/MG authors, and how unfortunate it was that there wasn’t anything similar for people who wrote books for adults. She talked to Mary Ann Marlowe and Kristin Lepionka, who felt the same way, and 17Scribes was born. Then we started inviting other debut authors.

8- Is there a favorite baking recipe you would be willing to share? 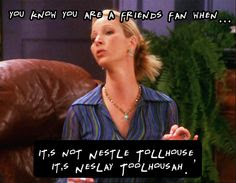 Like Jen, my favorite baking recipe is printed on the back of the bag of Nestlé’s Tollhouse chocolate chips. Even before they made a Friends episode about it. I do add about half a teaspoon of cinnamon if I’m going to be baking the cookies and not just eating the dough. (This is not common.)

9- If you could only play one board game for the rest of time, which would it be?

This question is just cruel. Why would anyone do that to another human being? And how does a person even pick? I mean, Shadows Over Camelot probably takes the most players, and it’s a long game, so it would take up plenty of time. Pandemic and Forbidden Desert have massive replayability, especially if I’m allowed to include all the Pandemic expansions. I’m obsessed with Pandemic Legacy, but it’s not replayable. Coerceo is a fantastic thinking game. Tales of the Arabian Nights comes with a big book of stories to read, and that would keep me occupied a long time. And my favorite game is probably the original Buffy the Vampire Slayer game, because it’s like being in an episode of the show with your friends.

I could do this all day, but since there’s only one game my husband will play with me regularly, it would have to be: Legendary.
(I always knew I liked cooperative games, but it became really clear as I re-read the answer to this question. Most of those listed are cooperative.)

10- #DiversityBingo2017 What's your favorite book that covers a square on the card?

Hollywood Homicide by Kellye Garrett has a black woman on the cover, and it’s own voices, so it covers two squares. The book is also flipping fantastic. Such an amazing voice! I was fortunate enough to get to read an advance copy, but I highly recommend everyone preorder before it’s released in August.


11- As a reader, what most motivates you to buy a new book to read?

Word of mouth, mostly. I will always buy books from authors I’ve previously read and enjoyed. But I buy a lot of books because a friend with similar tastes admits that they liked it or because I see a positive review on Goodreads.

12- How will you measure your publishing performance?

I tend to overthink things and get hyper-focused on things I can’t control. In order to avoid that, I’m basically measuring my performance on writing books and getting them published. Otherwise, I’ll get obsessed with positive reviews or total sales and I won’t be able to finish the rest of this series (or any of the books I want to put out next).

13- What was the deciding factor in your publication route?

When I first started writing, I expected to self-publish. It seemed much less frustrating. Then I looked into how much work it would be, realized how much I didn’t know, and decided that I wanted to have experts to guide me. I don’t have a background in marketing or visual design. I didn’t even know about developmental editors at that point. I definitely chose the right path for me and my book – the book is stronger, and the cover is so much better than what I originally envisioned.

14- What is one question which you would like the readers of this interview to answer in the comments?

If you could go on any reality show, which would it be and why?

15- Anything else you would care to share about your book and yourself?

AMERICA’S NEXT REALITY STAR
SEEKING THE SMART ONE


Twenty-four-year-old Jen Reid had her life in good shape: an okay job, a tiny-cute Seattle apartment, and a great boyfriend almost ready to get serious. In a flash it all came apart. Single, unemployed, and holding an eviction notice, who has time to remember trying out for a reality show? Then the call comes, and Jen sees her chance to start over—by spending her summer on national TV.

Bio:
Laura Heffernan is living proof that watching too much TV can pay off: AMERICA'S NEXT REALITY STAR, the first book in the REALITY STAR series, is coming from Kensington’s Lyrical Press in March 2017. When not watching total strangers participate in arranged marriages, drag racing queens, or cooking competitions, Laura enjoys travel, baking, board games, helping with writing contests, and seeking new experiences. She lives in the northeast with her amazing husband and two furry little beasts.

Some of Laura's favorite things include goat cheese, Buffy the Vampire Slayer, Battlestar Galactica, the Oxford comma, and ice cream. Not all together. The best place to find her is usually on Twitter, where she spends far too much time tweeting about writing, Canadian chocolate, and reality TV.