1- Welcome to our second Debut Author in the Spotlight with a hashtag book title! Do you suppose that will be a #TitleTrend we'll see more of in the next few years?

I think it probably will! Social media isn’t going anywhere, and hashtags seem to have infiltrated every variation. Especially for YA contemporary, I’d wager you’ll see a lot more titles with a # in them in the next few years.

I always knew I wanted to do something creative—at least once I outgrew the stage of wanting to be a horse when I grew up, around age…let’s pretend it was pre-K—but when I was really young I figured I’d do visual arts. I was always the craftsy kid, drawing, knitting, hand-sewing extremely crooked outfits for my dolls, you name it really.

It wasn’t until senior year in high school (when, after a long break for resume-building class schedules, I signed up for an art class) that I realized I just wasn’t that GOOD at art. Picasso’s play with perspectives is great if it’s deliberate, not so much when it surprises the artist at the end. But I’d always been a writer. I started keeping journals around age 4 or 5, dutifully recording what I ate for dinner and whether I was mad at my best friend Perek, and continued them all the way through high school. I think it was then that I first seriously thought about writing as a career.

Of course when I was rejected the first time I attempted to get into one of the highly-competitive creative writing classes at my college, my fate was sealed. Telling me “you can’t” is basically a red flag in front of a bull.

3- Was the Valentine's Day release date intentional and how did that come about?

It was! Originally, #famous was going to be an early summer release, but I managed to get edits in a little ahead of schedule. Once my editor mentioned winter/spring as a possibility, it seemed like a no-brainer to pick Valentine’s Day. It was already falling on a Tuesday, after all, and the dust-jacket free cover of my book DOES have a “heart as wi-fi signal” logo on it…

I honestly don’t know the answer to this—it was just always the only thing I could legitimately see myself doing. I remember in one of my college writing classes, my professor (the phenomenal Amitav Ghosh) looked at all of us and said “how many of you think you’re going to be writers?” Probably 75% of us raised our hands. Then he said “if you can do literally anything else and be happy—teach, study the law, start a business—that’s what you should do. Only be a writer if there’s nothing else you can do and be happy.” (I’m paraphrasing, obviously.) That has always felt true to me. I want to create things that exist outside of me in the world, that other people can pick up and experience and have emotional reactions to. I think any other path for me would feel like a compromise.

5- Would you share a picture with us of a pic of a cat with your book? 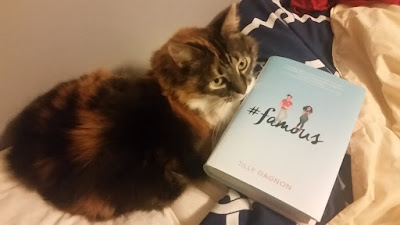 Short term, I want to sell another book. Long term, my most important goal is simply reaching enough readers that they continue to let me turn my ideas into books. Though I wouldn’t be upset if they adapted one of my books into a movie, or if I saw my name on a bestseller or awards list some day ;)

7- Some people use hashtags outside of social media. What's your take on that?

My knee-jerk reaction is to roll my eyes, but then I remember my own high school days, when internet speak was JUST dawning on the horizon (yes, I’m old). A few friends of mine thought it was utterly hilarious to say “jk” and “lol” in real life—how cheesy, right?—and then, before we realized what we’d done, all of us had those things legitimately in our vocabulary. We’d become the thing we hated.

My book is still so new, so the only honest answer to this is “my mom.” I think the thing she loves most about it is the fact of its existence, though she’s probably also excited that I set it in Minnesota (where I grew up).

I think more than anything I hope readers realize two things: that the way you treat other people has consequences, even if you’re only interacting digitally, and that you never really know what’s going on in someone else’s head…so hold the judgment. There’s a scene after the photo goes viral, when Rachel (one of my MCs) has fled her writing class and is hiding in the parking lot. Emma, the ex of the boy in the photo (Kyle), spots Rachel and stops, comforts her briefly, and drops the biggest piece of wisdom I have: “[when] people are awful, it’s not about you. It’s almost always about them.”

It’s a boring answer, but writing. I wrote three novels that never sold before writing this one, but the third one is a LOT closer to being a book than the first one was.

That, and reading. You need to constantly immerse yourself in books that are doing things RIGHT until you sort of absorb the ability to tell a story by osmosis.

11- Will there be more "choose your own" books co-written by Mike MacDonald and yourself?


There will! We turned in the third installment, CHOOSE YOUR OWN MISERY: DATING, to our editors just before the new year. It should be out in early 2018!


12- What is the most memorable trait or visual oddity of one of your characters?

Probably Rachel’s untameable mane. She has a massive explosion of curls that kind of defy her long-standing goal of high school invisibility.

13- #DiversityBingo2017 What's your favorite book that covers a square on the card?

My absolute favorite diverse book to date is WHEN I WAS THE GREATEST, by Jason Reynolds. Ali, his MC, was so incredibly well-realized you felt like he was sitting next to you, telling his story. As far as books coming up in 2017, I’m counting the minutes until my copy of THE HATE U GIVE, by Angie Thomas, is in my greedy little hands.
(NOTE: my MC is Jewish, but it’s not a major part of the story, so I’d rather spotlight these books)


14- Which character has your favorite Personality Contradiction?

I think my favorite contradiction is Rachel’s tug between wanting to disappear from sight—which is visceral and emotional—and secretly desiring the spotlight. She’s a playwright, after all—she wants recognition and acclaim…and also not to be noticed by her peers in high school.

I’m a huge fan of voice and character. Books with a lot of humor and super-identifiable, voicey writing are always high on my list, as are books from authors who create characters that jump off the page. It doesn’t matter what Rainbow Rowell is writing about, I’ll always read it.

16- Has #AlexFromTarget read your book?

Not that I know of, but I’m hoping to get a copy into his hands soon!

Obviously all those things would be amazing—who wouldn’t want to be a bestseller with universally glowing reviews? But I’ll count myself as a success, especially with my very first novel, so long as two things happen: at least one reader out there falls in love with my book, and I do well enough that the publishing gods allow me to write another.

The first has already happened, so I’m feeling pretty lucky. Hopefully that means the second is coming any day! :)

18- Any tips for hoping-to-debut authors on how to avoid an epic #fail?

Seek out and listen to valid criticism.

I don’t think you need to enlist 200 betas to try to iron out every wrinkle in your book—you can’t please everybody, and at some point, too many voices will make it hard to know what book YOU want to write. But you absolutely need to seek outside opinions, listen to tough criticism, and be willing to make changes. No one gets it perfect the first time out of the gate. And other people have valuable, even necessary, opinions to offer. So seek those opinions out, and find ways to integrate them into your writing. If the criticism is tough to hear or makes you feel defensive, that might be a sign that it’s right.

That’s probably even more important once your book is getting published. So practice now!

I’ve always wanted to go the traditional publishing route—my goal has always been to make writing my career, and there are so many elements in making a book successful (design, professional editing, marketing, knowing the market in ways I never can) that are just beyond my capacity if I really want to keep that focus. Traditional publishing has a lot of support for you as an author, which allows you to keep most of your focus on writing the next book. Especially as a debut, it was important to me to have that guidance and support.

20- What is one discussion topic which you would like the readers of this interview to answer or remark on in the comments?

I’d love to hear about their favorite viral moments online (or the ones they found most inexplicable), or about times when something in their life blew WAY out of proportion. #FAMOUS is a fun, fast-paced read about virality and cyberbullying (and falling for someone). I want to hear about readers’ experiences with any or all of those things!

Debut author Jilly Gagnon bursts onto the scene with a story equal parts bite and romance, perfect for fans of Jenny Han and Jennifer E. Smith, about falling for someone in front of everyone.

In this modern day love story: Girl likes boy. Girl snaps photo and posts it online. Boy becomes insta-famous. And what starts out as an innocent photo turns into a whirlwind adventure that forces them both to question whether fame—and love—are worth the price…and changes both of their lives forever.
Told from alternating points of view, #famous captures the sometimes-crazy thrill ride of social media and the equally messy but wonderful moments of liking someone in real life. 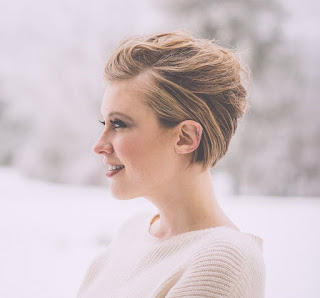 Bio: Jilly Gagnon is currently based in Chicago, but is originally from Minnesota, a fact she’ll likely inform you of within minutes of meeting you. When she’s not writing, she’s probably either deep in a video-game rabbit hole, talking to her cats like they understand her, or practicing her violin, which for some inexplicable reason (masochism) she took up recently. Jilly’s short humor, personal essays, and op-eds have appeared in all kinds of places that it’s too tedious to list. She also writes the adult comedy book series Choose Your Own Misery, coauthored with Mike MacDonald. Visit Jilly at https://www.jillygagnon.com/