The #AtoZChallenge 2017 Theme at Operation Awesome was the Publishing Journey.

The challenge was a real team effort. We each took a few letters to post about or to hunt down guests. Then we took turns visiting the blogs of others, signing our comments from the team. Here are our reflections:

1- Did you enjoy writing an alphabet-worth of posts about the publication journey?

J Lenni Dorner: In addition to writing posts for my own blog and co-hosting at the A to Z blog... it was a real challenge! But yes, I enjoyed it. I hope visitors learned something. Even those people who aren't on the publishing path hopefully got a chuckle out of the quiz post or voted on their favorite debut book.

Jaime Olin: Yes! First off, it was fun trying to use the letters of the alphabet to figure out topics relevant to our theme. Then, I enjoyed writing posts that would be accessible to a wider audience than usual. I hope everyone learned something new or found a tidbit they could relate to.

Kara Reynolds: I'm glad we split up the work at OA :0) I'm not sure I could have done it on my own! But I love the concept, and how it makes you think outside the box about a topic you *think* you know backwards and forwards.

Melinda Friesen: I enjoyed it. The only apprehension I have is that it dates those posts. Most posts on our blog can be shared weeks and months after posting them. Labeling them for this specific event, makes it obvious when sharing them in the future that they are older posts.

2- Was it fun to leave comments on the blogs of other participants?

J Lenni Dorner: I left hundreds of comments this month. It's always fun.

Jaime Olin: Definitely. It was neat to see how many different topics and themes were being explored this month.

Kara Reynolds: I don't typically comment on blogs, so at first it felt like a chore. But as the month went on and the commenting went down, I felt like commenting was more valuable to the blogger.

Melinda Friesen: I only made a handful of comments, but it was interesting to visit other blogs and seeing what they have going on.

3- Do you feel the challenge brought more people to the blog?

J Lenni Dorner: The Blogger Stats says we had "Pageviews last month= 19,116." I think that's a jump in numbers. So yes, I believe it did.

Jaime Olin: I think so.

Kara Reynolds: At first, yes, but we definitely saw blogging fatigue toward the end of the month. Much fewer page views at the end than at the beginning.

Melinda Friesen: While it may have brought more people to the blog, the big question is, how many will return? Only time will tell. I always feel that trying a new venture is worthwhile. You never know until you try.

4- Will you want to do the challenge again?

Kara Reynolds: As part of the team? Sure!

Melinda Friesen: Blogging the A to Z challenge with the OA time was definitely enjoyable. I'd be game to do it again.

5- Any other thoughts or feelings about the A to Z challenge 2017?

J Lenni Dorner: I love the challenge. I think it brings people together, creating a community in cyberspace for bloggers who might not otherwise have found one another. I believe it helps bloggers reach goals, make connections, and learn from one another.

Jaime Olin: It was a great opportunity to meet new readers and bloggers. Also, having a very specific challenge like A to Z made creating blog posts fun and interesting.

Kara Reynolds: I think a month is too long to sustain the momentum. Now, obviously you need the whole month to do the whole alphabet, but I wonder if there's another way to fit the alphabet in?

Melinda Friesen: I agree with Kara, that excitement wains as the month goes on.

As promised, here are the results of the Debut Book Survey: 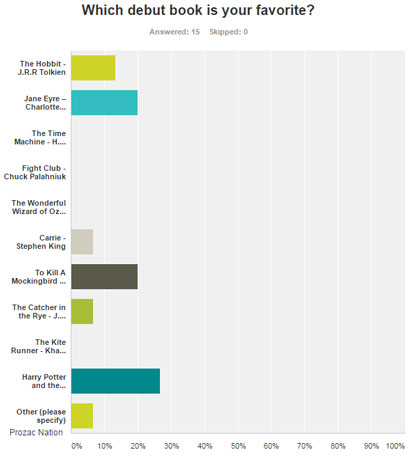 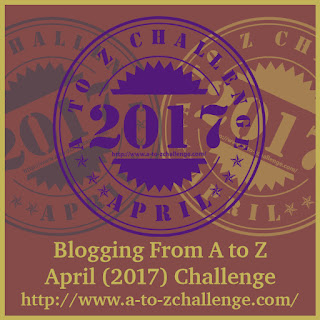