A year ago I had no publication story to share. Just thirteen years of writing and polishing and submitting. Piles of manuscripts and files full of ideas. Today, I have two publication stories—how I decided to self-publish, and how I landed my first book deal with Sourcebooks.

Were my self-published books such a smashing success that the offers came pouring in, Amanda Hocking style? Um, no. Did I get a book deal, then get disillusioned, decide to “go indie,” and publish on my own? Nope. My two publication stories, though they involve different books, are really one story. A story of choosing both self-publishing and trade publishing. 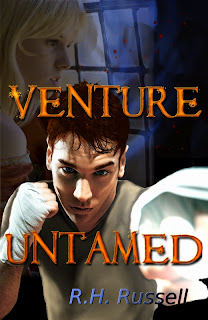 In 2009, I signed with an agent for Venture, a YA about a bonded servant who dares to dream of being a champion fighter, and who falls in love with his master’s daughter. But after a bumpy year-and-a-half, we parted ways. It was tough to leave an agent who still felt strongly that she could sell my book—especially since Venture was close to my heart like nothing else I’d ever written. I’d gone through rough periods over the years, questioning why I was writing, whether I’d ever get anywhere, whether it was worth it even if I did. But this time I felt something that terrified me—absolutely no desire to write. For the first time, I thought I was done.

This was a crisis beyond the usual soothing powers of chocolate and tub-soaking. There were tears and prayers and half-crazed laughter. I’d really thought the book of my heart could be published! Haha! Sigh. And then there was an idea. An idea that eventually became Wonder Light, a middle grade about a scrawny, unwanted girl named Twig, a mist-shrouded island, a mysterious boy—and unicorns. I originally titled it Unicorns of Lonehorn Island, and I began to love it the way I loved Venture.

As I finished the first draft of Wonder Light, I was seeking new representation for Venture. One agent e-mailed me several times to tell me how much he was enjoying reading Venture, asking me questions about its history. Soon I’d done what some had told me was impossible. I’d gotten an agent with a recently shopped manuscript. Yay!

Agent Man sent Venture to an editor who’d expressed interest in the past. While I waited to hear from her, I polished Wonder Light. I fell in love with Twig and Wonder, her feisty unicorn, and with misty, mysterious Lonehorn Island all over again. But Agent Man didn’t fall in love. He didn’t see the manuscript as viable at all. I told him that my beta readers enjoyed it. “Your readers are wrong,” he said. Wow. What could I do, but laugh? Not quite as crazily as last time, but still.

I could stay and wait to see if Venture sold, but then what? Leave the agency soon after to find a home for Wonder Light? And if Venture didn’t sell, I’d have wasted precious time. I had to tell Agent Man the truth. I was not okay with trunking Wonder Light. 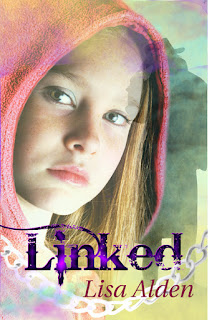 We parted in spring 2011. I’d been watching the changes in the industry, in particular some shifts in attitude toward self-publishing. I was already working on getting my tween novel, Linked, ready for self-publication under a pen name. The self-publishing learning process was surprisingly fun. And once Linked was out, I got to see readers enjoying my writing for the first time, too.

As I queried agents with Wonder Light, I debated what to do with Venture. The traditional advice was to wait and hope to find a publishing home for it after I sold something else. But I felt like its time had come. I’d also been through a lot of revising Venture for others, trying to make it fit into the market. But how does a mixed-martial-arts-inspired fantasy that reads more like alternate history fit into anyone’s list? Especially with a teenage male lead and a love story as a primary part of the plot?

I revised Venture again, with self-publication in mind. My only goal was to make it the best story it could be. It turned into a series, starting with Venture Untamed and Venture Unleashed, both published in 2011. Finally, Venture’s story was out there, being read. What a gift, to have readers waiting for the next book!

Meanwhile, there was strong agent interest in Wonder Light, but I was pretty particular this time around, and I hadn’t found the right fit. I thought about self-publishing Wonder Light, but I felt that it had a strong hook, and would fit nicely into the middle grade market. So I decided to query editors directly. The amazing Aubrey Poole of Sourcebooks was interested, and soon I was working with her on a revision. Just a few weeks after that, I had what I’d been waiting thirteen years to get—an offer for a series, tentatively called Unicorns of the Mist. Wonder Light, the first in the series, will release in hardcover, spring 2013.

I love working with Sourcebooks, and I enjoy self-publishing. I’m glad that I chose both. Though it’s taking a different shape than I expected, I’m living a publication story that’s uniquely mine. About R.H. Russell: R.H. Russell has had a head full of stories for as long as she can remember. She grew up traveling the world as an army brat, and now travels the country as a coach with a non-profit judo team. She’s been an active member of Verla Kay’s Message Board for Children’s Writers and Illustrators since 2009, and she blogs at wordwrestlerwrites.wordpress.com. Her upcoming middle grade series, Unicorns of the Mist, begins with Wonder Light (Sourcebooks 2013). She writes the Venture Books, a YA / adult crossover series about a fighter, and is the author of Linked, a tween / young teen novel about a magic charm bracelet, written as Lisa Alden.
Posted by Kell Andrews at 5:48 AM

What an inspiring story. Thanks, R. H., and much success to you in both areas of publication. :)

What strength and determination! Congratulations on all your publications!
erica

Thank you, Erica and Linda! And Kelly, thanks so much for having me!

Nice story, R.H.--thanks for sharing and congratulations on your success.

Nice to hear this story!! Good luck with everything!!

Wow, what an inspiring story. Thanks so much for sharing it!

Awesome story, glad to hear things are going well for you. As someone who's still unpublished and writing away anyway, it's always nice to hear others' stories.

Just rereading this wonderful story. The best journeys are never a straight line, are they? :) Thank you for sharing this. It's inspirational to me, as I'm still in the early stages of my own journey. Can't wait to see Wonder Light in print!