How to Make Your Characters Behave.

So I went to the Query Tracker forum yesterday. FYI, I was one of the first members of that forum in its baby stage. I used to spend loads of time posting on that forum, as you can tell since I still am one of the record holders to most time online. (Yes yes, I was on there a LOT back then.)

One of the topics was about how you get past the sludgy bits in a manuscript, especially when you have exciting scenes a few chapters ahead. We've all been there, when the writing feels like you are walking through curdled chocolate pudding. It feels like it takes forever!

A few suggestions I thought were very interesting. One person said that when their characters aren't cooperating, she tells them they are going to Disneyworld. And when the charters say, WTF, they end up taking her by the hand and leading her where they need to go. 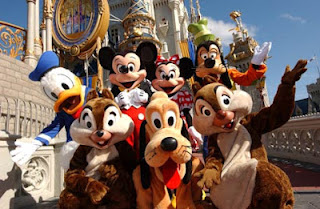 Another person said that she writes a "shower scene". Can you all imagine what would happen if BAM, all of sudden your characters are in a shower? I"m sure interesting conversation would develop for sure. 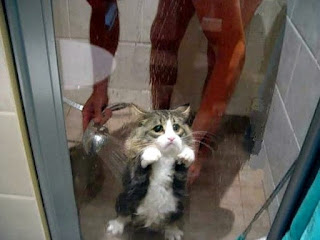 I thought that they were both creative and fun suggestions to a problem we all face in the slow, transitional bits of our writing. It got me thinking: Wouldn't it be fun to have a topic that you went to in those situations? A topic that you pull out of your bag of tricks to make your characters get their butts moving? My current project is a MG fantasy, so I don't think a shower would be quite appropriate for them. Disneyland might be good, but I think I'd like to come up with something completely different.

So I thought I'd ask you all, my wonderful blogging buddies, for brainstorming ideas. Lets figure out some fun ways to force our characters into submission, by manipulation and humiliation. If they aren't going to corporate, lets share some ideas to MAKE them behave.


Oh, and by the way, more than likely, these scenes will not stay in a manuscript. I though it was a great strategy to get past writer's block. Computers are great. You can always delete it later once you've moved on.
Posted by Kristal Shaff at 7:00 AM