First up, my credentials, so you know I'm not just pulling this out of thin air. I've co-hosted "Query Kombat" twice and "Nightmare on Query Street," hosted "The Writer's Tank" and twice hosted "Become an Agent," and I was a slush reader in "In With the New." So, yes, I've went through...dang, nearing a thousand queries and first 250 words.

When going through the slush to pick entries for the contest, we usually have a hashtag that we slush-readers use on Twitter. On this hashtag (different for each contest) we tweet our thoughts as we go through the slush, but I've never done a blog post on the subject.

Maybe you need to be a slush-reader to truly understand this, but picking entries (and, to an extent, requesting material) is so subjective. We're not trying to make you feel better by saying this, we're not babying you: IT IS THE TRUTH. Very rarely do I ever feel 'satisfied' when I make my final picks. Most of the time I'm torn apart because there were so many others I wanted to pick but because of the limit on entries, I couldn't.

The same is true for agents. They can, technically, request a ton of material, but that means they'll fall behind on their own clients' work. No human can read five manuscripts a day. Agents must be picky for their clients' sake and their own sake.

2. In picking entries, it came down to "I MUST MUST MUST have this entry on my team."

This is related to point #1. Ultimately, especially with "In With the New" where I could pick only 4 entries from a slush of 191, I picked the entries that I just had to have on my team. Subjectivity played a huge deal.

This must be true for agents as well, and I've seen many echo the same sentiment: they must be dying to request. You've got to force them to request. Otherwise, if they find any reason to pass, they will. Of course, different agents act differently, but I've heard this sentiment many times and as a contest host, I do the same thing.

I automatically passed on an entry that forgot its header of Title, Word Count, Genre. I didn't even read the entry. I passed on one that had 200 sample words instead of the required 250.

Do yourself a favor and follow agent guidelines. They're there for a reason, and it's annoying and frustrating when submissions don't follow guidelines. It doesn't help you, either; it's an automatic pass.

4. Don't try submitting to agents that don't rep your genre UNLESS they specifically say something to the lines of, "I'm not sure what I want, I picked up manuscripts that totally surprised me, so feel free to query if you think I'm a good match."

I passed on every picture book in "In With the New" because, simply, I didn't know how to judge it. I didn't know what were "good" or "bad" picture books, so after trying once and giving up, I didn't read the PB entries. Same went for many Middle Grade entries. I'm getting better at MG books but still, at many times I ask my co-host, Michelle (who writes MG), to take a look at the entries that I think may be good.

If an agent has a list of genres they are looking for and yours isn't on it or even NEAR the genres they're looking for (if you have a contemporary and they're asking for commercial, be cautious, but go ahead and query), DON'T QUERY THEM! There's a reason they have a list. Also, don't ever start the query by saying, "I know you don't represent literary, but..." because, as I've seen on Twitter, some agents auto reject that.

5. Angry rejected writers put a stain on the entire process.

I've had a few writers who grew angry at one another for their critique suggestions. This didn't only happen once, it happens many, many times. I hear about it, and it gets ugly. The writers who do take the suggestions gracefully, even gratefully, are far FAR more in number than the angry writers. I'd love to say that I think about the graceful writers more, but a small stain in a white carpet catches everyone's eyes. I love the graceful writers, they're the reason I host contests after all, but I'll always remember angry writers. (I love the nice writers most, though. They make me happy. So don't think I hate hosting contests - I don't! I love love love doing it because of the nice writers.)

Agents don't like sending rejections. No one does. But it's a part of the process. Deal with it. If you ever even think about replying to a rejection, unless it's a "Thank you so much for your time!" and that's it, don't even send it. Never reply to rejections. Not with excuses, not with (even polite) requests to look at the submission again. Don't ask for suggestions to improve, either. If the agent wanted to send a personalized rejection, they would have.

Repeat that in your head until you believe it. Think about a book someone loves but you hate. Think about your best friend's favorite book. Is it the same as yours? If not, are you seriously going to get upset about it? Obviously not. Don't get mad at agents who reject you. Their tastes are not the same as yours, your critique partners, or anyone else. 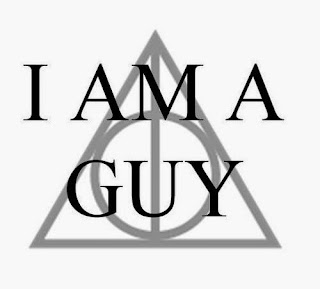 SC is the host of the 'The Writer's Tank' and 'Becoming an Agent' on his blog, and he is the co-host of 'Query Kombat' and 'Nightmare on Query Street.' He's a YA and Adult writer and loves YA, Adult, and especially literary...basically any good writing. He's a HUGE Harry Potter and Les Misérables fan (mainly the book but the musical too). Dumbledore is his favorite character in the whole world. Jean Valjean is a close second.

(There's a long story behind his icon. Don't ask.)


I hope my points helped!! Any questions? I'd love to answer them in the comments.
Posted by Michelle McLean at 4:00 AM