And the Nomination Goes to.....

So this morning I watched the live broadcast of the Academy Award nominations. I never realized they made such a production of it. I did have interest in it this year, as one of my favorite actors, Hugh Jackman, was rumored to be up for consideration because of his performance as Jean Valjean in Les Miserables. So I tuned in online and waited with baited breath to see if he'd get the bid. And I'm please to say, he did. 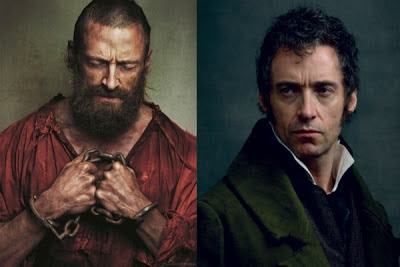 Overall, Les Miserable got great reviews. There were some people who couldn't stand the movie musical, and how they sang everything. And then there were some people who criticized the singing, saying it was nothing compared to the stage cast. However, in a movie, you need a combination of acting and musical abilities  And though I'm not a huge fan of Hugh's vibrato, I thought his performance as Jean Valjean was emotionally amazing. I was so pleased he got the bid. And I'll be cheering for him on awards day, as well.

As they announcing the nominations, it got me thinking about all the actors and directors and writers that were sitting there sweating, hoping that they would be given the bid. As they announced the supporting actors, they had mentioned that every single one of them had been a previous Oscar winner. In comparison to writing, it would be like a group of famous author gaining more bestsellers.

For the actors who have never been nominated, like my man Hugh, I can only imagine what it was like for him to be recognized after so many years. To be an actor, much like being a writer, takes lots of work and a lots of lucky breaks. There are tons of starving actors out there, and to even get a part in a major motion picture is a dream come true. Much like, as a writer, we struggle and struggle to just get an agent's notice. Then we struggle, more and more, and perhaps finally get a small press to notice us. But even then, the journey is not done.

Best sellers do not happen over night (typically). Sure, there are some that seem like they jump right into novel stardom. The journey of a writer is much like Mr. Jackman here. It takes years of persistence, maybe taking non staring rolls at first, and working your way up to that Oscar nomination. As a writer, it might take years to get to the New York best seller list, if ever at all. And maybe, just maybe, when we write the book of our lifetime, perhaps we too can be on the top of that bestseller list.

Remember...the journey makes the destination mean so much more.