It seems like every time we turn around, something new is going on in publishing. And that is certainly the case for Entangled Publishing. Holy moly, Entangled had a big day yesterday! :)

Entangled was already taking the publishing world by storm, in just a little over a year becoming one of the top selling romance pubs with an impressive roster of national bestsellers. And now they are poised to grow even further.

Yesterday, it was announced that Entangled has partnered with Davis Entertainment, in which Davis "gets an exclusive first look at all the titles coming out of Entangled". Entangled has also partnered with two Big 6 pubs, Macmillan and St. Martin's in which "Macmillan will distribute English language e-books of Entangled’s new publications" and "St. Martin's will launch a new joint venture imprint known as St. Martin’s/Entangled which will bring into print and publish a select number of Entangled’s digital first titles."

It will be really interesting to watch these partnerships. I've seen smaller companies merge with larger companies, or get bought out or absorbed by them. But in these partnerships, Entangled is staying Entangled. They aren't losing anything that makes them the amazing publisher they are but are instead gaining the distribution capabilities of the larger pubs.

And as one of their digital first authors, I've got to say, it's really exciting to be a part of such an awesome company :)

For the full press release articles, go HERE for the Davis announcement and HERE for the Macmillan/St. Martin's. And this is the PW release on it. 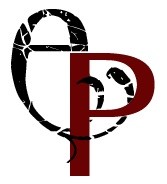 Posted by Michelle McLean at 8:06 AM