As a recovering poet, words come easily to me. I've long been able to luxuriate in scene descriptions, laying out the intricacies of my world for readers. And yet no matter how beautifully written my early novels were, readers of them were often puzzled. Though there was some semblance of a plot present in those books--my characters moved from one scene to the next--there was often a sense of narrative disconnect. It was years before I realized why: my characters lacked clear motivation and goals, and so my stories were therefore lacking in forward momentum.
To writers who are plot-driven or character-driven, the idea that one's protagonist and even secondary characters must want things might seem to be self-evident. But for me, it wasn't. Asked to describe my characters, I would often say something like, "She's shy, passive. More a listener than a doer." That's not to say that one can't write passive characters, but even shy people want things: to be understood, to make friends, to talk to the cute boy in the band without turning red as a beet. In truth, I was using these passive characters as a shield to avoid areas of narrative that challenged me. My wallflower characters kept me in my comfort zone, the place of pretty words and places. But they didn't lead to good books.
Now I try to keep my characters' motivations at the forefront of my mind in drafting. In any manuscript, your protagonist, particularly, must have overarching desires. These are often grounded in familial background or childhood. Your character might want fame (because they were ignored); they might want love (because they were an orphan). In each scene, these desires will manifest themselves in different ways. In one, your heroine might want to steal a magic ring from an evil wizard--but this is probably rooted in her desire to liberate her people from an evil empire. In every case, awareness of a character's macro desires over the course of a novel informs a character's micro desires in any given scene.
And it's through these micro desires that conflicts arise between characters. Your evil wizard might want to hold on to the ring because she's power hungry (perhaps due to feeling powerless, always standing in the shadow of her more powerful sorceress sister). Knowing this will add life to your narrative--depth. These character conflicts are what keeps a narrative moving and developing organically, and what persuades a reader to stick with you through the novel's climax.
It's a funny thing; now that I've learned to focus on character motivation, I don't have a lot of time to let my characters chew the scenery any more. I'm too focused on telling their story to fritter my wordcount away. 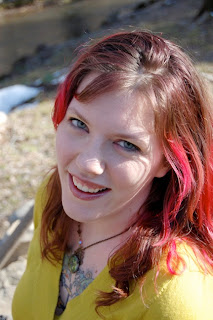