It's sickie season, and just about everybody I know has been touched by it in some form or another. When you're a parent, your child getting sick is just about the worst thing ever. The helplessness you feel can be heartbreaking, especially if it gets worse before it gets better. And your relief when a lingering illness finally subsides is beyond description. *angels singing*

Today I want to talk about cankering conflict, the slow, inevitable, heart-wrenching kind. In the novel my sister and I are co-writing, the catalyst character is motivated by his father's ALS, by watching him deteriorate slowly. My sister and I can understand him because we had a glimpse (blessedly short at about six months) while our dad was going through chemo for fourth stage lymphoma.

Chronic illness is a cankering conflict because it just eats away at everything it touches - the actual sick person, the family morale, relationships between siblings and parents and lovers. It's the kind of conflict you can't just push through and deal with because it won't move any faster than it wants to.

That's cankering conflict. It doesn't always have to be illness. It can be an arranged marriage, the end of a job contract, the military reservist's report date, the space between nomination and award ceremony.

Similar to the power of absence, the power of time, of inevitability, drives people to act in ways they otherwise wouldn't. 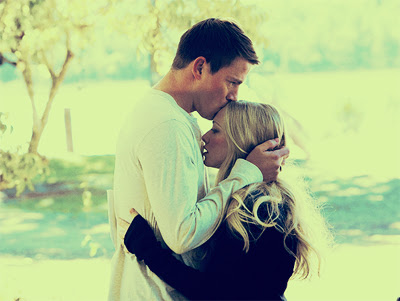 People who are surviving cankering conflicts - whether they are ill, about to be deported, or just watching a loved one suffer from the sidelines - all they want is some immediate relief.

Their pain is nearly constant.

And this is something all of us have to deal with in some way during our lifetimes. I guarantee your reader understands cankering conflict on a personal level.

Does your favorite book have a cankering conflict? How about your current work-in-progress?
Posted by Katrina L. Lantz at 12:48 PM

Oh man, this is my WIP all over ): Great post, Katrina - you describe it so heart-wrenchingly well!

Thank you, Becky! Looking forward to reading your WIP someday! Gut emotional appeal is one of Don Maass's core elements in Writing the Breakout Novel. Cankering conflict definitely qualifies. So you might be writing a breakout novel! :)

Can I just start off by saying that "canker" is one of those words that makes me shudder? Like a lot of people feel about "moist".

And I love to torture my characters, so it's likely that a c_____ing conflict will show up. And when it's resolved, a new one will crop up, yay!