Those Pesky Beginnings…Getting started is a strange affair.

Beginning a new book is a kind of ritual dance for me. I usually do a lot of prep work before I write the first sentence. My books usually begin as a tiny little spark that I’ve stowed away for a later date. Lately I’ve been keeping a memo note on my phone for when a new idea strikes. Often, an idea may sit around for years, like a wallflower at a dance, waiting for me to take it for a spin.

It’s a real big deal for me to start a new book, and I kind of dance around a lot before I actually begin. I know I’m in for a pretty tumultuous time.

Generally, I will open a file on Scrivner and start a profile for each character. This way, I feel I know them a bit before I start writing. For me characters and setting are everything. The premise is usually just an excuse for me to get my characters interacting with each other. I tend to enjoy a plot with a paranormal element, so I try to come up with a situation that will wring the most emotion and conflict from my characters. Then comes the research.

I love Scrivner, because I can load entire web pages and images in there for safe-keeping. For my book, VISION, which is coming out in 2014 from Spencer Hill Press, I needed a picture of the main character Bobby’s dog Pete (named for Pete Townsend of the Who). I just had to know what Pete looked like before I started, so I found a perfect mutt for the job.

After I’ve compiled a mountain of information and spoke to knowledgeable people (if the FBI ever subpeonas my browsing history they are going to have some serious concerns about me. One of these conversations with a therapist friend helped me nail Jeremy Glass’s entire psychological profile and set me on the right track). By this time I am ready to write the world’s most meandering mess of an outline which are much more like the script of a dream than an actual plotline, because I know I’m going to change things at least thirty times.

Then, when I start to hear the main character’s voice in head and I can no longer ignore it, I begin, usually with only a first chapter to establish the voice. And that’s where the self doubt sets in. I am instantly convinced my new book is terrible, so I invariably turn to a trusted critique mate to let me know if the thing is awful or genius. If the response is positive, I post the chapter and let my sharp-toothed critique group, The Cuda’s, have at it. Usually I get encouragement to continue, along with some good pointers on how to set the story in motion. Then, just to be sure that I have a viable book, I send it to my agent, Victoria Marini. She usually, bless her, loves my ideas, but not always, and I appreciate her honesty. Often, if she is excited by the premise, we’ll have a brainstorming session. One of those brainstorming sessions, pretty much helped me plot out all of VISION.

See, I’m pretty neurotic about beginnings. There’s so much to think about. Like voice. And setting the action in motion. And introducing the main characters. And intriguing the reader. It usually takes me forever to eke out those first eight or so chapters. Sometimes months. But then, something crazy happens. The first time I finished a book in two weeks was in June of 2011. It was because of my friend Kate’ Milford’s challenge. I never back down from a challenge. If you tell me I can’t do something, then that is usually just the thing I’m going to do. I’m kind of a kook that way (not when it comes to physical stuff—like sky-diving and stuff… that is not my kind of challenge!).

Now, where was I? Kate challenged me to finish the manuscript for BREAKING GLASS (which comes out from Spencer Hill Press in July 2013) in two weeks. Victoria was eager for me to finish, but yet I was dragging my feet. And then—it took off. I did the same thing for VISION. I plodded through the first five chapters, writing and rewriting—and once I reached a certain point, pumped out the rest in under a month. Now, I can say with confidence that I can write a book in a two months. 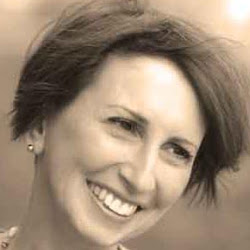 Lisa Amowitz was born in Queens and raised in the wilds of Long Island, New York where she climbed trees, thought small creatures lived under rocks and studied ant hills. And drew. A lot. When she hit her teens, she realized that Long Island was too small for her and she needed to escape. So she went to college in Pittsburgh. Go figure. On leaving college, Lisa became a graphic designer living in New York City.

She eventually married her husband of a zillion years, had two lovely children, and was swept away to a fairy tale life in the Bronx, where, unbelievably there are more trees and wilderness than her hometown. She can see the Hudson River from her kitchen window. Lisa has been a professor of graphic design at her beloved Bronx Community College where she has been tormenting and cajoling students for nearly seventeen years.

She started writing eight years ago because she wanted something to illustrate, but somehow, instead ended up writing YA. Probably because her mind is too dark and twisted for small children. In 2010, she landed the agent of her dreams, Victoria Marini, whom she has repeatedly tried to fatten up with cupcakes.

BREAKING GLASS which will be released in July, 2013 from Spencer Hill Press, is her first published work. VISION, the first of the Finder series will be released in 2014, along with an unnamed sequel in the following year. LIFE AND BETH will also be released in the near future, along with really cool graphic novel style art. So stay tuned because Lisa is very hyper and has to create stuff to stay alive.

Find Lisa on the web: 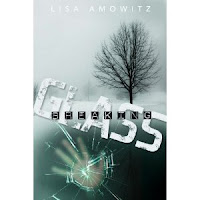 BREAKING GLASS is available for Pre-Order at - Amazon; B&N; Books a Million

On the night seventeen-year-old Jeremy Glass winds up in the hospital with a broken leg and a blood alcohol level well above the legal limit, his secret crush, Susannah, disappears. When he begins receiving messages from her from beyond the grave, hes not sure whether theyre real or if hes losing his grip on reality. Clue by clue, he gets closer to unraveling the mystery, and soon realizes he must discover the truth or become the next victim himself.
Posted by Michelle McLean at 12:00 PM

lol yeah, it generally takes me as long to write the rest of the book as it does to write the beginning. And probably 90% of my revision time goes to my beginnings as well :) Thanks for the tips!!

Revising beginnings is a tough one for me -- I usually love them and I get so used to the way I first drafted!

Great info, Lisa. I'm going to start using Scrivener. I usually just use a lot of Word documents for all that, but Scrivener seems so much easier.

Happy to be here! Glad I could help. (though I think I rambled on a bit!).

Revising the beginning was a tough one for me, too - during my first round of queries, I knew I wasn't getting many bites on the queries with pages, but I wasn't sure where else I could begin. When I entered into an R&R situation with an agent, he advised me to start earlier, and I had to force myself to let go of this idea that every story has to start with a bang.

Of course, later on down the road I found that some agents loved the new opening and some preferred the old one, but when is it ever straightforward? ;)

This sounds a lot like my process! Makes me feel like I'm likely not the only writer who was excited about the new Secret Board function of Pinterest so that I could use it to secretly and obsessively research my books. :)

Okay, now I want Scrivener. I do the images thing with my main characters sometimes. It can really help me picture the story. As for beginnings, I tend to rush in. I'm still revising some old ms's that weren't courted the right way. I really enjoyed your 'ramble!' Thanks for sharing your process. It's enlightening.

Wow! I didn't know about the secret board function! Thanks, Tiffany! Thanks, Becky and Katrina.