Letting Characters Be Themselves - Elana Johnson

Characters are the heart and soul of novels. They can make a reader clutch the book to their chest, sighing with happiness when things go well. And a well-developed character can also make a cry when something horrible happens.

It’s the people we care about when we read. If we don’t care about the character, chances are we won’t finish the book.

So the first lesson on characterization is this: Let your character be themselves. They should have a fully formed personality, and they should not deviate from who they are for any reason—even if it’s to fit your plot.

I say, mold your plot around your character, not the other way around.

Of course, we want to see growth and change in a character. Those kinds of things should happen through the story as the character undergoes new challenges and must make difficult choices. Perhaps they learn something about themselves they never knew before—or refused to recognize.

That’s all fine. But ultimately, we want to see a character who does, says, and chooses exactly what you, as the author, set them up to do, say, and choose.

Examine what your character does, says, and chooses. Those three things contribute to who that character is, and must be in line with the established persona of the character. 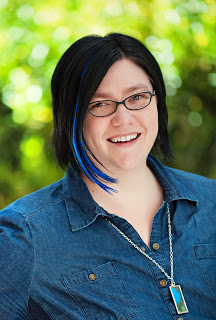 Elana is the author of the Possession series, which includes full-length novels POSSESSION and SURRENDER, and short stories REGRET (ebook only) and RESIST (free here!).

In her world, Oreos and bacon would be the only food groups. Everyone would drive 10 over the speed limit. Winter would be eliminated as a season, and Jeff Probst would be President. As it is, she lives with her husband and two kids in central Utah, gets cited when she drives too fast and eats Oreos only on special occasions.

She is the author of From the Query to the Call, an ebook that every writer needs to read before they query. She runs a personal blog on publishing and is a founding author of the QueryTracker blog, a regular contributor to The League of Extraordinary Writers, and a co-organizer of WriteOnCon. She is a member of SCBWI, ANWA, and LDStorymakers. CLICK HERE to find her elsewhere around the web.

Elana is represented by Michelle Andelman of Regal Literary. 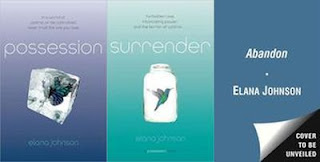 Possession - Amazon; B&N; Books a Million
Toe the line between rule-following and rule-breaking in this tense and twisted start to a smart and sexy dystopian trilogy.

Vi knows the Rule: Girls don’t walk with boys, and they never even think about kissing them. But no one makes Vi want to break the Rules more than Zenn…and since the Thinkers have chosen him as Vi’s future match, how much trouble can one kiss cause? The Thinkers may have brainwashed the rest of the population, but Vi is determined to think for herself.
But the Thinkers are unusually persuasive, and they’re set on convincing Vi to become one of them….starting by brainwashed Zenn. Vi can’t leave Zenn in the Thinkers’ hands, but she’s wary of joining the rebellion, especially since that means teaming up with Jag. Jag is egotistical, charismatic, and dangerous: everything Zenn’s not. Vi can’t quite trust Jag and can’t quite resist him, but she also can’t give up on Zenn.
This is a game of control or be controlled. And Vi has no choice but to play.


The thrilling and seductive sequel to Possession puts love on the line in a dystopian struggle for independent thought.


Forbidden love, intoxicating power, and the terror of control…
Raine has always been a good girl. She lives by the rules in Freedom. After all, they are her father’s rules: He’s the Director. It’s because of him that Raine is willing to use her talent—a power so dangerous, no one else is allowed to know about it. Not even her roommate, Vi.
All of that changes when Raine falls for Gunner. Raine’s got every reason in the world to stay away from Gunn, but she just can’t. Especially when she discovers his connection to Vi’s boyfriend, Zenn.
Raine has never known anyone as heavily brainwashed as Vi. Raine’s father expects her to spy on Vi and report back to him. But Raine is beginning to wonder what Vi knows that her father is so anxious to keep hidden, and what might happen if she helps Vi remember it. She’s even starting to suspect Vi’s secrets might involve Freedom’s newest prisoner, the rebel Jag Barque….

Abandon (available for pre-order) - Amazon; B&N; Books a Million
The fight for independent thought becomes a matter of life or death in this sizzling and intense conclusion to the Possession trilogy.
Vi has made her choice between Jag and Zenn, and the resistance may have suffered for it. But with the Thinkers as strong as ever, the rebels still have a job to do. Vi knows better than anyone that there’s more at stake than a few broken hearts.
But there is a traitor among them…and the choices he makes could lead to the total destruction of everything Vi has fought for.
Vi, Jag, and Zenn must set their problems aside for the resistance to have any hope of ending the Thinkers’ reign. Their success means everything…and their failure means death.

Posted by Michelle McLean at 12:00 PM

Once again, brilliant advice from Ms. Johnson :)#4 really spoke to me. I think that is what I am struggling with in revising my climax/resolution. I need to take it apart and work on it more, because I have gone from loving my not-too-lovable MC to being annoyed by her more likeable attitude. I think she needs to keep her 'inner witch' alive and well. But change is good, right? Odd how sometimes the characters don't do what we want them to do...

i think the whole consistency part is SO VERY IMPORTANT!!! Great post!

I get what you're saying with #1, but I also think some of the most interesting plot twists can come from a character being forced to do something out of character, out of their comfort zone.

I often have trouble making my characters different enough from myself, which can sometimes make them feel cookie-cutter, or at least one-dimensional. It's tough to step outside yourself enough to be another person, which is exactly what you need to do when writing someone else's story.

I notice character inconsistency when I critique manuscripts from newer writers. As a reader, character is the bulk of the book. Even if it has a fast-moving plot, if I don't connect with the characters, the book is forgettable.